The team could rescue 4 girls from coach no S-9 who were being taken to Mumbai on the pretext of employment in fish factory. Later on further search 3 more girls were rescued from coach no S-6 along with one lady trafficker. 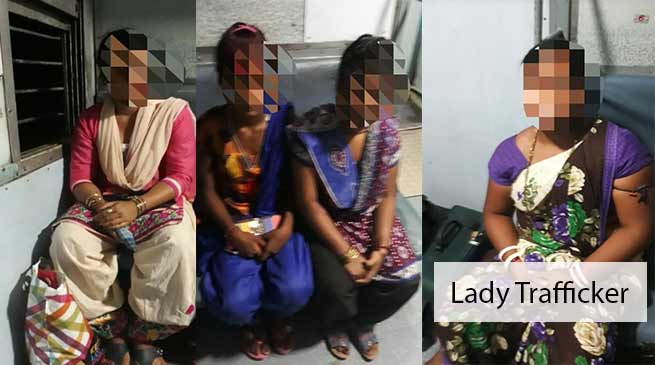 All of them were de-trained at Barpeta Road station and brought back to Rangiya for taking further appropriate action. The name of the lady trafficker is Kalpana Barman aged about 40 year from Baska district.

On interrogation the trafficker revealed that she had planned to take all the girls to Mumbai on commission basis.

It is to be mentioned here that in the current year, RPF has so far rescued 20 children from the hand of traffickers.

This incident of Rangiya Division can be called a major success because the main kingpin of the group could be arrested.