Arunachalee  youth  Chaphoa Wangno , belongs to Nocte tribe and resident of a remote village Rajanagar, in Changlang district successfully completed his Training of Indian  Navy finally Passed Out on 22nd November 2017 as an Naval Officer.

Now his identity is as Sub Lieutenant Chaphoa Wangno . During Passing Out Parade (POP) his parents and guardian  Kenter Tacha were invited for the occasion at Indian Naval Academy Payyannur District Kannur, at  Kerala. 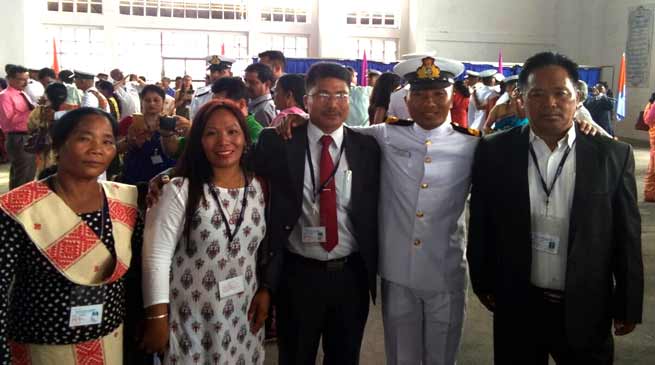 He cleared APJEE in the year 2012 and did engineering from PSG College of Technology Coimbatore in Metallurgical Engineering.

He cleared UPSC CDS for Navy and joint Indian Naval Academ in June 2017.  He successfully completed his training and finally Passed Out on 22nd November  2017 as an Naval Officer.