Itanagar-  The  BJP unit of Arunachal Pradesh has suspended its two members from the party with immediate effect as per a suspension order issued by party president Biyuram Wahge.

These members are Gora Lotak and KipaKanam. Paty has suspended the as per provisions of Article 25 , clause (a), (c) & (d) of Constitution of BJP, said the suspension order.

It must be mention here that Gora lotak and Kipa Kanam on 9th March 2020, had stage a rally and dharna in protest against the appointment of Capital District Unit BJP President Tarh Soping, and demanded Soping’s removal from the post.

After that protest the Party  had  constituted a committee to examine the matter concern. The Committee after thoroughly examining the matter found that there was no irregularity or violation of the party’s Constitution in appointment of the District President of the Capital District.

The committee found that resorting dharna and campaign in the media & social media against the decision of the Party by the Party members were gross violations of Party discipline under Article 25, clause (a), (c) & (d) and hence attracts disciplinary action.

Therefore, as recommended by the Committee, party has suspended both the members. 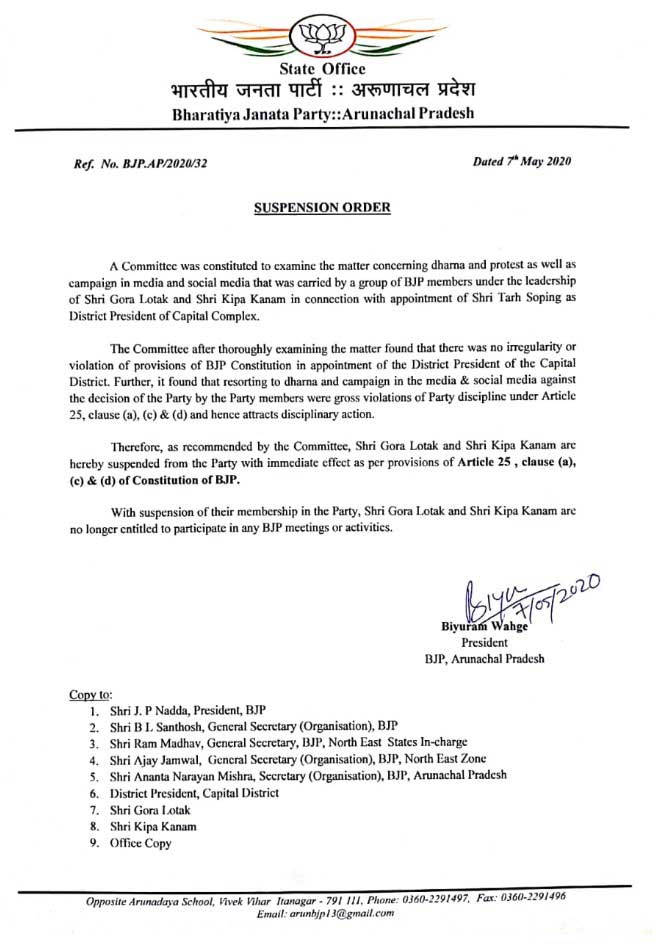