Santosh Kumar Rai, IAS visualized the interactive program brought this leg of the series of event organized all over India by National Association of Civil Servants (NACS), to Arunachal Pradesh. Prof. Saket Kushwaha, Honorable Vice Chancellor, RGU provided all the support from the varsity for the program. With this program, the University hopes to that more and more people from Arunachal will take part and succeed in the Civil Service exams.

15 November was declared as Janjatiya Gaurav Divas by the Union Cabinet to commemorate the birth anniversary of Bhagwan Birsa Munda, an Indian tribal freedom fighter who spearheaded a tribal religious millenarian movement that arose in the Bengal Presidency (now Jharkhand), during the British Raj, thereby making him an important figure in the history of the Indian independence movement. 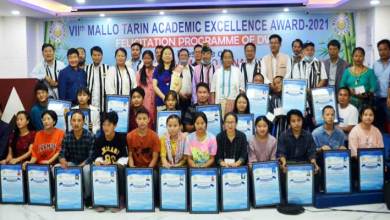