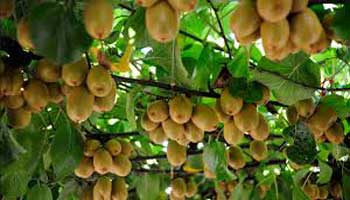 They say ‘little drops of water and little grains of sand make the mighty ocean and the vast desert.’ The famous Lizzat Papad started by a group of few women in the South is today a multi-crore cooperative industry. They say that Dhirubai Ambani the founder of the Reliance Industries stepped out of his village in Gujurat to start a business in Bombay ( now Mumbai) with only Rs.4 in his pocket. However, we the people of Arunachal don’t seem to understand that ‘slow and steady’ wins the race. We all want to become lakhpati or crorepati overnight. Is it possible?  No. Never.

The few rich or moneyed people in the state show no interest in Agro-base industries which can generate lots of employment opportunities for the youth apart from the huge profit they would make. Every moneyed man or woman in the state is overtly obsessed with the urge of becoming an MLA. Has the post of MLA become so lucrative that they are ready to cough off in crore? For strange reason (s) the people and the planners are neglecting the life-sustaining and economy-boosters; the agriculture, horticulture and their allied sectors while indulging too much in asset or infrastructure creation.

Going by the priority lists, these sectors are languishing at the bottom whereas they should have been on the top. Roads, bridges, buildings are absolutely necessary but they can be built at anytime and by anybody.

But I always maintain that had the successive governments in the past paid adequate attention to cash crops like kiwi, large cardamom, king chilli, orange, ginger whose gestation period varies from 1-6 years then today Arunachal would have been an economically strong and vibrant state.

The farmers are earning very good returns from large cardamom, kiwi and king chilli. It is needless to mention that the farmers of Lohit, Anjaw and Lower Dibang Valley had suffered due to lack of proper marketing facilities vis-a-vis orange and ginger in the past. This should not happen to the farmers who have taken up the task of growing kiwi and large cardamom on commercial scale.

Marketing facilities and cold storages may be made available to them. The ever hungry and cunning middle men from the plains must not be allowed to exploit the farmers like they have been doing all these years. Interestingly, kiwi, large cardamom, orange, pineapple, ginger, king chilli etc grow very well all over the state. So, the government should intervene and if possible create co-operatives and auction centres to facilitate the farmers to sell their produce at good price.

The greatest advantage of these cash crops is that even poor and marginal famers can grow them unlike tea and rubber that require huge land and recurring expenditure. The government should encourage the farmers by providing the technical expertise and the seeds and saplings at the right time. It has been experienced that the seeds and saplings are issued at the wrong time and the farmers cannot do anything.

I am or for that matter all of us are surprised by the fact that in spite of the change in people’s food habit, the agricultural cycle that they practise even today is the same; the slash and burn method and farmers continue to sow and grow crops like kochu and millet that today’s children no longer relish. The departments like Agriculture and Horticulture have been in existence for ages. But sadly, they have failed to motivate and change the mindset of the farmers.

The government both GOI and state government should lavishly fund these important departments. The farmers should be trained from time to time and the transfer of technology and expertise from the concerned departments to the farmers should be a continuous process. The elected people’s representatives should stop concentrating on village CC steps, Culverts and other unproductive schemes that the contractors demand with a profit-making motive and encourage the villagers to grow kiwi, large cardamom, king chili etc that have ready buyers and yield good returns. The opportune time has come for the leaders too who have the wherewithal for a paradigm shift in the interest of their people.

The villagers who used to clear the path leading to the jhumland, rivers on community basis without spending a single penny have been so overtly molly-coddled by them ( leaders) that they have started demanding government sanction for every little community work they execute in the village. In the past the villagers used to make traditional steps on the steep roads that worked better than CC steps and make log and bamboo bridges on community basis. These steps and log bridges worked wonderfully well.

But today, they need sanctions. This is what spoon-feeding culture can do. This practice should be discouraged. Instead of talking about huge dams, TAH etc let us set our village economic activities in order first because they are the basis and the foundation of our economy. Let our farmers spread the hotness of king chilli or hathi jolokia, or mithun jolokia or bhoot jolokia or  raja jolokia or Naga jolokia or harang jolokia to make the taste of India. Let our farmers grow so much kiwi that it finds a place on every breakfast table in the country.

Let our farmers produce so much large cardamom that no Indian is left without tasting its aroma. If our economy is strong then other developments will auromatically follow suit. With a young, energetic, visionary and enlightened Chief Minister in Pema Khand in the helms of affairs, we can dream and dream big.

Today, he is the hope of the farmers who see a real pragmatism in him. Hope in the interest of the state’s speedy development he will be ever ready for a paradigm shift if called for. Being young and educated he is pregnant with new ideas and innovative mindset. The Agri-Horti and its allied sectors need more boost if the state has to develop and prosper in the true sense of the term. The time has come to accord more importance to Agri-Horti sector after Health and Education.

We have wasted precious years merrily going through the stereotyped jhuming which has proved to be unproductive, destructive and environmentally disastrous. Now, when the farmers are more than willing to go for cash crops to improve their economic status  and the economy of the state, the government should volunteer to help them in whatever ways it can. The Mother Nature has been more than kind to us by bestowing upon us all that we need; lush green forests, fertile land, perennial rivers, suitable and climate. But have we reciprocated by harnessing these wonderful gifts of Nature? I think not and I believe you will not disagree with me.