Describing it as a historic day, Khandu said this would be the first of its kind school in Arunachal Pradesh that would go a long way in promoting and preserving indigenous traditions, culture and language.

He lauded the initiative by the Donyi Polo Cultural & Charitable Trust and said it was the need of the day in view of rapid modernization. He also appreciated Pai Dawe, who donated the land for establishment of the ‘Gurukul’ type school. 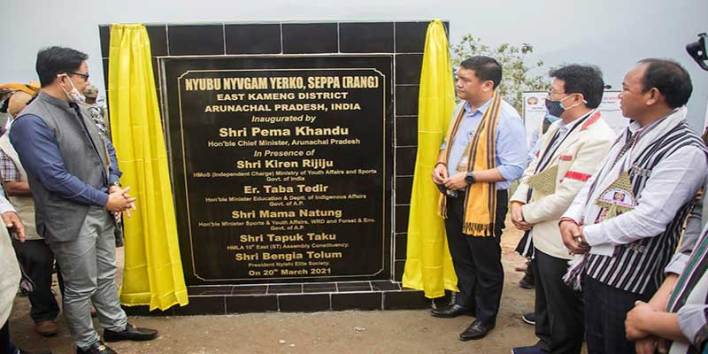 Khandu suggested that the lure to build concrete buildings for the institution be avoided and traditional houses preferred.

“Need not have RCC buildings except for teacher’s quarters. Let the kids learn in an environment that is their culture,” he advised.

Khandu expressed gratitude to all elders of the society who have preserved and passed on the indigenous culture through generations.

“Now it is our responsibility. We cannot let go our identity which is our indigenous culture. If we do, Arunachal Pradesh will lose its identity,” he cautioned. 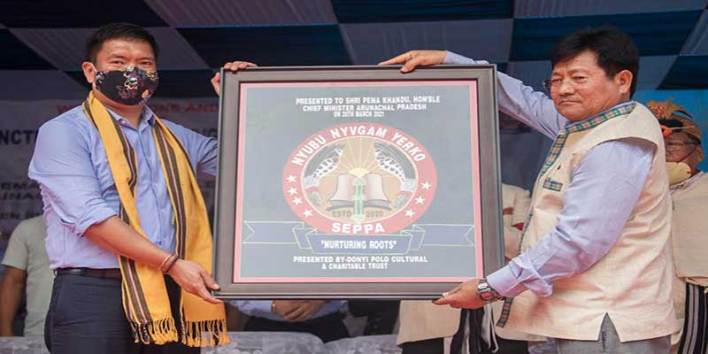 Reiterating that his government is committed to preserve indigenous culture of the state, Khandu said with that in aim the Department of Indigenous Affairs (DIA) was established.

He informed that friends and people from other Northeastern states called him to congratulate on the decision.

“People from our neighboring states called and congratulated me. Many of them have lost their indigenous identity and went off so far that it is impossible to come back. We Arunachalees have woke up at the right time,” he said.

He appealed indigenous leaders and elders of the society to come out and suggest ways for the DIA to function for preservation of culture and languages.

Claiming that Nyubu Nyvgam Yerko is a right initiative, Khandu expressed belief that institutionalization of cultural education is need of the hour.

“Being a Monpa, I follow Buddhism. My culture is safe as it is institutionalized. We learn and earn degrees in Buddhism. Therefore, we need to establish institutes that teach our kids their respective indigenous culture, heritage, language, way of living and take pride on it,” he said.

Khandu however emphasized that modern education cannot be ignored and should go hand in hand. He thanked the Vivekananda Kendra Vidyalaya (VKV) group for taking up the responsibility to impart formal education to the inmates of the Nyubu Nyvgam Yerko.

Assuring all assistance to the school, he informed budgetary provision of about Rs 3 crore has been kept for its development and upkeep.

Mentioning that the alleged fund misappropriation in Seppa-Chayangtajo is under investigation, he said that nevertheless work on the road should not stop.

“I have directed SIT to fast-track the investigation but meanwhile I will ensure that work on the road continues,” he ensured.

On the languishing road to Bameng, Khandu said funds will be sanctioned and that he would see to it that work on it begins within this year.

Itanagar: Body of  young girl is yet to identified- Capital police