The Governor exhorted the students to prepare themselves to contribute toward nation building. He emphasised on Nation First spirit and told the students to make best use of their study period and develop strong mental capabilities, physical toughness and balance of emotional attitude.

Sharing his experience of all wars fought by India, the Governor said that ‘Agnipath Scheme’ provides a great opportunity to the youth of the nation to serve the nation and become capable of becoming a good ‘Start up’. Agnipath Scheme will ensure younger and fitter fighting forces for the Nation, he said.

The Governor further said that the Agnipath Scheme, after four years, will provide the Nation an experienced, skilled and disciplined work force to the society, who will be given preference in public and private sectors. He said that this work force, after gaining experience in the Armed Forces will be capable of becoming ‘Start Up’ and will become job providers.

The Governor said that the education imparted in the schools and colleges must liberate itself from the shackles of the pre-independence British education system which had by design produced literate Indian youth to become loyal servants for the British Empire. 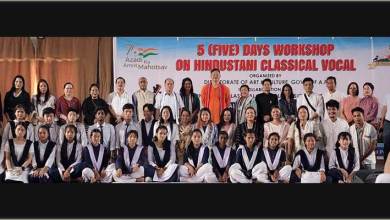