Later addressing the first consultative meeting of new Central Executive members Secretary General MMT Namgey Tsering expressed his gratitude for being selected as new Secretary General of the Monpa Apex body and said that he will work sincerely and dedicate his strength and energy for the better development and benefits of entire monyul. 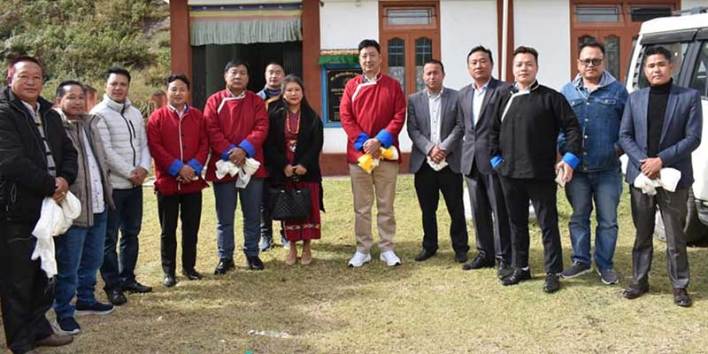 Dorjee Phuntso new President of apex Body MMT sought cooperation from all the new executive members of CEB, and said that with team work we can achieve better heights of development for our society, for the betterment of our society we should work without any expectation. He ensured his sincere and dedicated service for the welfare of society.

Matters related to Monpa society and resolutions adopted by Tawang, Kalaktang and Dirang branch of MMT in their recent branch conferences Were discussed at length, and further suggestions were sought from members.

The first consultative meeting of new Central Executive body ended with vote of thanks from Vice president(Hqrtrs)MMT Tsering Tashi.