The main function which was held at the party headquarter wherein large numbers of party workers and karyakartas gathered and rejoiced its victory in the three states of the region and held high the saffron flag and shouted slogans.

The State  President Tapir Gao address the party leaders and share is happiness on the landslide victory of the saffron party in the country and slowly the party will have its grip in Keralar, Karnataka and others states of the country. 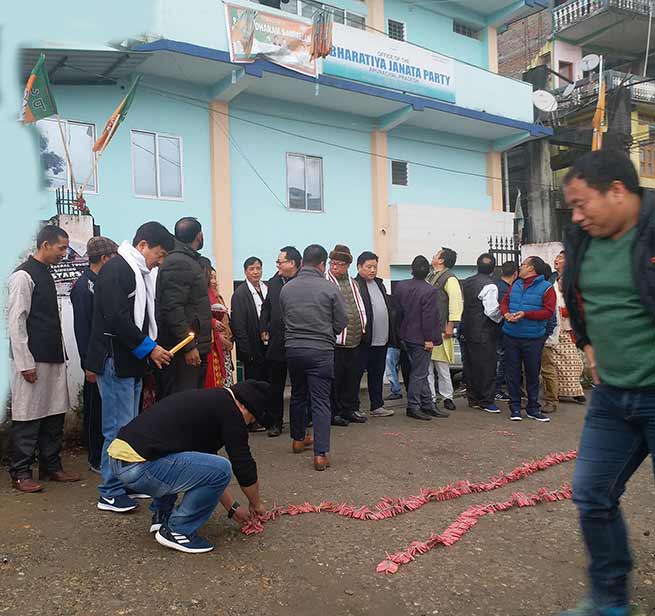 Minister Power Tamio Taga share the works related to his department and said that the state government is working for rural power supply either through electricity or through solar system.

Minister RD & Panchayat Alo Libang spoke on the two tyre system of Panchayat system to be introduced in state for the fastback of the scheme in the rural area of state.

The party leaders and workers witness crackers display and exchange sweets among them.

Tawang –   Report of celebration of victory have received wherein several party leaders and business community celebrate the victory of the saffron party in three states of the region and share colours and crackers.

Report also received from Roing, Namsai and other place of state alongwith rest of country.

The party also attend two minute silence for the party leaders/workers who died in Karnataka, Kerala and Tripura and pray for eternal peace.