After thorough investigation in the case SIC has arrested 2 persons, namely Ms Senia Bagang and Ms Mongam Basar based on evidence collected in this case so far, mentioned in press release.

Ms Mongam Basar had acted in connivance with the Officials of APSSB to indulge in such malpractices The Under Secretary, APSSB Ms Kapter Ringu is evading the SIC teams and has not pined the investigation.

The  Court of ADSJ. Yupia has issued a Non-Bailable Warrant against the Under Secretary Ms Kapter Ringu. All efforts are being made to unearth the conspiracy and action as per law will be taken at the earliest, said SP in his press release. 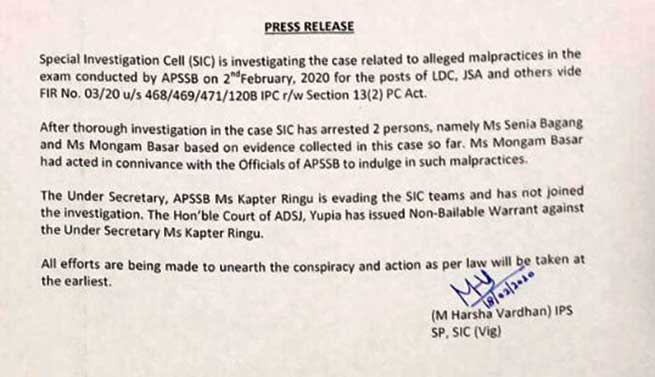