As per the order  S K Jain shall not leave the Itanagar  without obtaining the official permission. 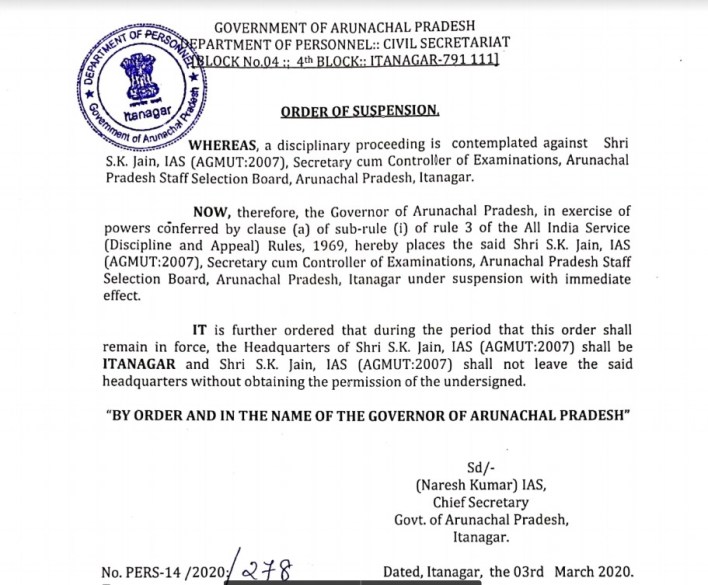 The chief minister Pema Khandu, has constituted a high-level inquiry committee to thoroughly probe and find out lapses which resulted in the recent fiasco.

Earlier on Sunday Chief Minister Pema Khandu had informed about the setting up an inquiry commission for investigate the alleged job scam in the Arunachal Pradesh Staff Selection (APSSB), and also told that the examination have to be cancelled.

Chief Minister had also told that ” recently conducted exams for recruitment for LDC/JSA will have to be cancelled”.

The very next day,  on Monday the Arunachal Pradesh Staff Selection Board (APSSB) had announced about the cancellation of LDC/JSA examinations over the recent ‘cash for jobs’ fiasco,

And now, today  taking a tough stand against corruption state government have suspend the APSSB former secretary SK Jain for alleged gross administrative negligence from his side