GANGTOK-  Continuous rainfall has resulted major landslides in various parts of Sikkim and West Bengal . One such landslide in South Sikkim’s Mamkhola swept away at least eight people on Friday, of which three were rushed to the District Hospital Singtam in East Sikkim. One person has been declared dead and search is on for the rest of them.

This incident took place in a labour camp of ITDCL rail construction company which is involved in the construction of Sevoke Rungpo rail project at Mamkhola near Rungpo under Kalimpong PS. Due to intensive rainfall and fall of boulders on early Friday morning, the rivulet near the camp got swelled and eight persons got washed away. 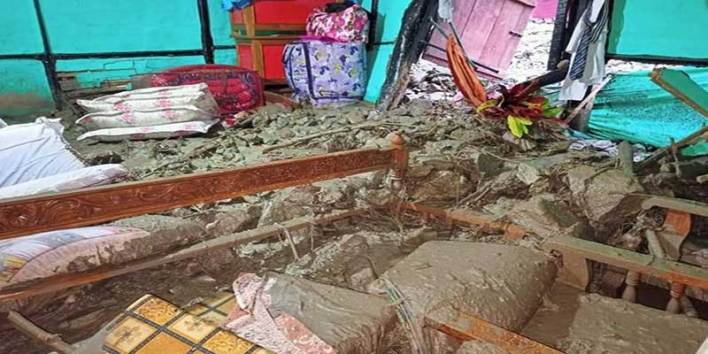 Locals managed to rescue three persons who were admitted to hospitals in Sikkim and Kalimpong. However, one person named Dhan Singh Bhandari, 35, son of Sher Singh Bhandari of Nepal, was declared dead on arrival at the Kalimpong District Hospital. Two persons have been admitted with injuries in Sikkim.

Police and local rafting team is currently involved in search and rescue operations for the five people still missing. The DMG team is on the way from Dabgram to the spot. One sniffer dog is also being sent from Siliguri for assisting the search.

Traffic was affected severely due to multiple landslides on various roads of the district. The Sikkim Police have been told to redirect vehicles and stop the plying of HGVs on the roads.