In a major breakthrough the capital police led by City SP Dr. A Koan today able to arrest one person early this morning from the vicinity of  capital complex in connection with the Director of Accounts & Pension attack case.

The arrest was a major boost for the capital Police led by Dr. A. Koan who was tirelessly working in the case along with his team members which comprise of  police personnel from Itanagar, Naharlagun, Nirjuli & Banderdewa Police officers with help of IRBN etc

The arrest was only possible on tip of information received from various sources from Itanagar to Banderdewa and Yupia area. His arrest is a achievement for the police administration who have been able to take confident of the people in maintaining law and order in the state capital.

DIG Tusar Taba said that capital police have make breakthrough and arrested an accused in connection with Director Audit & Pension attack case, it is really an achievement and congratulated the personnel.

However he did not provide the detail and said that it is a matter of investigation and everything will be made clear soon and more details are awaited in this case.

Itanagar: Over 120 structure at upper ring road will be evicted soon- Talo Potom

Itanagar: Over 120 structure at upper ring road will be evicted soon- Talo Potom 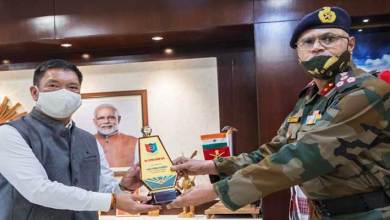