The sources said that ” Continuing its work to eradicate the menace of drugs from our society and acting tough on drug peddler’s, the Anti Drug Squad of Tirap Police made arrest of three drug peddler’s from in and around  Khonsa town”

One Pulsar-NS (bike ) also seized from the duo. 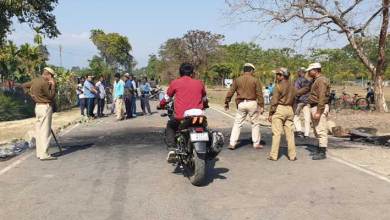