The Police Commemoration Day was observed at Martyr’s Memorial Ground at PTC Banderdewa on 21st October 2017. A parade was organised as a mark of respect to the police martyrs who laid their lives in the cause of duty between 1st September 2016 to 31ST August 2017. 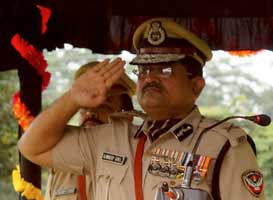 This day of 21st October is observed as the police commemoration day every year since 1959 in the memory of ten brave police personnel who laid down their lives on this day fighting the Chinese troops at Hotspring in Ladakh.

Later, while lauding the courage shown by the personnel of various security agencies in protecting the lives and properties of the public, the DGP requested the society to recognise the priceless service of the police personnel.