ITANAGAR- A 16-year-old boy died in a massive landslide at Sood village in Arunachal Pradesh on Sunday morning, police said. The boy, identified as Rage Hilli, was riding a motorcycle and got buried in the debris said locals.

Hilli was a resident of MG village in Keyak circle of West Siang district, was known to be a promising boxer. His body was later retrieved from under the debris and handed over to his family members after legal formalities.

The landslide, that occurred on the road connecting Yupia to Doimukh (TAH) on Sunday, blocked the road creating traffic congestion on both sides. 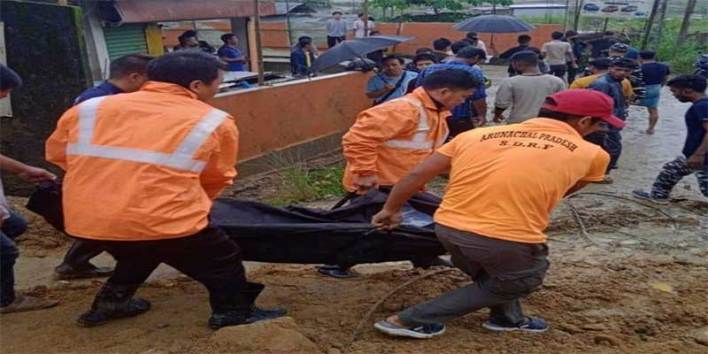 The incident took place at around 8.00 am and a bike got buried under the debris, while a car passing through the point was pushed to a corner.

A couple, who was travelling in a car, had a narrow escape as the landslide struck the area, police said.

No injury or casualty has been reported among passengers of the car.