The post of Parliamentary Secretary has been dissolved  and now no ” more ” parliamentary secretaries ” in Arunachal Pradesh- read this report.

The order to this effect was made vide government order No- No. Pari/Aff – 64/2007, dated Itanagar, the 13″1 August 2018 signed and issued by Commissioner (Parliamentary Affairs) Bilatee Pertin today.

When contacted Commissioner Pertin said that government of Arunachal Pradesh have acted as per the direction of  the High Court order and the order have been passed and there shall be no more parliamentary secretary in state. he said that the order will be effective forthwith retrospectively from the date of pronouncement of the judgement ie, July 25 2018 by the High Court. 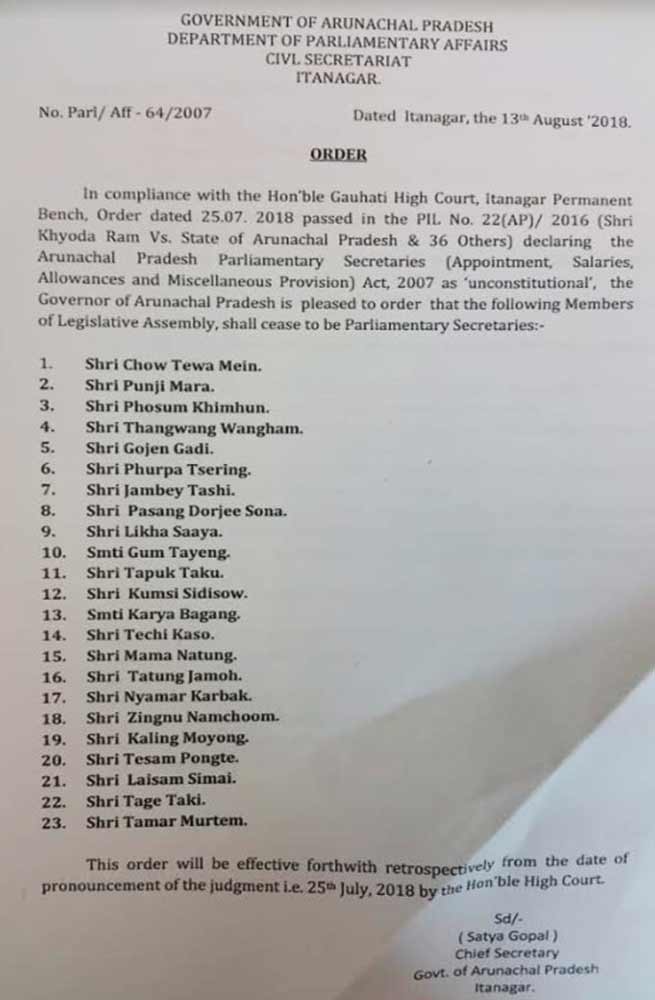