legendary singer of Arunachal Pradesh Sida Banor passed away this morning at TRIHMS. He was one  one of the famous singer of state during 70s, to 90s. He  sang more than 47 songs for All India Radio Dibrugarh, Itanagar and for several albums. He also composed lyric and folk songs.

Late Banor hails from Godak Village of Raga Assembly constituency of Kamle district and was ailing for quite some time.  He  was admitted at TRIHMS on November 15 and passed away this morning at around 11.30.

Raga MLA Tamar Murtem in a condolence message said that ‘ I am shocked and sadden to learn about the demise of legendary singer of Arunachal Pradesh Banor Sida’, who has sadly lost his long battle for life, It is a great loss for the people and especially for Raga , Kamle district and Arunachal Pradesh as well as me as a family friend. His presence has always been reassuring. The vacuum created by his death will never be filled up again. His songs express several social issue experienced by the community and prevailing in society.

His songs will continue to inspire us and his legacy will lie on. He express deep condolence to the family members  that Late Banor will continue to live in the heart of the people through his meaningful songs he sing during his school days and other. 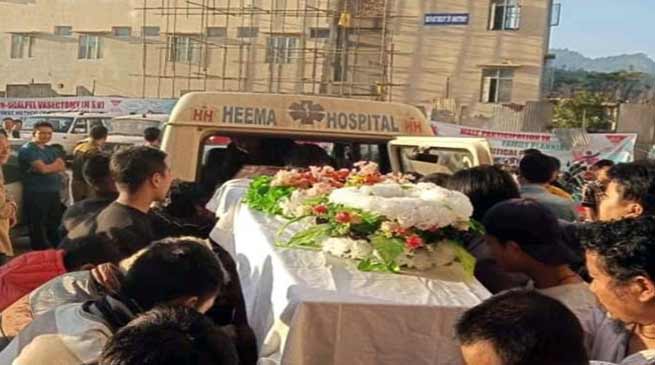 Former Minister and BJP Political Affair committee Convener Talo Mugli in a condolence message said that Late Banor was a good singer and his songs was likes by all during those days when the radio was the main source of listening news and songs. His premature death have created a vacuum in the music from the area, Kamle district and state as a whole.  He prayed for eternal peace of departed soul in heavenly abode.

Raga area employee’s welfare  association  (RAEWA) while joining the condolence in a message said that Late Sida Banor was a gold medallist  awarded recently by govt of  of Arunachal Pradesh from Raga town.

Nyishi Art and Culture Welfare Society (NACWS) in a condolence message deeply saddened by the premature demise of the music icon and melody king Sida Banor on Tuesday the 27th at TRIHMS Hospital Naharlagun.

A condolence message received by NACWS President Bengia Tabb said that late Banor hails from Raga in Lower Subansiri district (now Kamle district), late Banor was a household name who chalked up and sung countless numbers of songs in a career spinning over 40 years. He was a veteran singer, a versatile artiste of extraordinary ability and a creative genius who mesmerised listeners with his unique enchanting voice. His use of folk music with a touch of contemporary made his compositions unique in its own way. 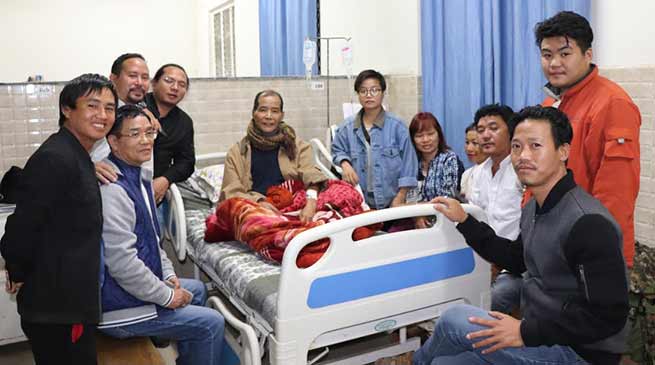 Late Sida Banor was, in a sense, the king of melodies and his long stint in music world saw him win several awards and citations, that includes Gold Medal in state awards, NES awards, so on and so forth. The awards and citations that he received were a tribute to his dazzling brilliance and creativity, and his love for the people.

In his death, the state has lost one of its most gifted and reigning artiste and has left a void which will be hard to fill in  immediate future. Late Banor’s legacy will, however, live on through the countless songs he sang and admired by music lovers across the state.

On this sad and grief striking hour, the Nyishi Art and Culture Welfare Society (NACWS) join the countless admirers and sympathisers of legendary singer-composer Sida Banor in condoling his death.

NACWS while extending its deepest condolences to the family, friends and admirers and pray Almighty to give strength to the bereaved family to bear with the lost of a noble soul. He has left behind three sons and lone daughter. He had already lost his wife in the month of April this year.

The Arunachal Artiste Forum (AAF) also joined  condoling the legendary in the hour of grief on this sad and grief striking hour, AAF Chairman Patey Tajuk  in a condolence message have prayed almighty God to strength to the bereaved family to bear with the lost of a novel soul. With a heavy hearth team AAF wane say goodbye to you Achi Banor and may your soul Rest in Peace

Late Sida Banor, son of Late Tara Banor having birth on May 16 1960 at Midpura (Godak), passed his primary schooling from Godak Secondary School while matriculation from Raga Higher Secondary School began his singing career from 1974 and did not look back and continue to sing at various platform and was a popular singing icon of state of his era.

His mortal remain are being carried to Kamle district while last rite will be perform at Raga the family sources inform.