To mark the day, the National flag was hoisted at Bongal Yapgo by the MLA, 42nd Dambuk, Mrs Gum Tayeng in presence of a huge public gathering. As a mark of respect to the freedom fighter, Lt. Muttum Darin, floral tribute was paid at War memorial (Muttum Lireng) by all dignitaries present.

Two minutes silence in honor of all the Martyrs was observed for eternal peace of their souls. Sibo Passing, ADC Dambuk delivered the welcome address and highlighted the objective of the programme.

Tamuna Messar, Director Art and Culture, GoAP said that the war heritage site Bongal Yapgo should be preserved. He assured to extend cooperation from his end in preserving the site and making it a tourist Hotspot. He also asked the local youths of the area to promote and sale local indigenous items and become self reliant once the place is open to tourists.

Remo Kamki, Secretary, Cultural Affairs, GoAP, also spoke on preserving the site and asked everyone to take pride on our rich historical past. He asked everyone to remain united and maintain the spirit of brotherhood despite the regional and cultural diversity. He thanked the District Administration for successful conduct of the program despite the short notice.

Mrs Gum Tayeng, MLA 42nd Dambuk appealed the public to cooperate with the government and the departments in preserving the site. Considering the rich history of the site, she said that the heritage site at Bongal Yapgo has a huge potential to develop as a tourist hotspot and that she would extend her full cooperation and all possible help in making the site a tourist Hotspot.

She urged the people not to the encroach the site and instead help the departments in preserving it. She asked the people of the area to honor the sacrifices of the martyrs by becoming good and responsible citizens of the area.

She also appealed the Secretary and Director , cultural affairs who were present on the occasion to extend help from their end in preserving and developing the site. The MLA promised to release fund from her LAD fund for construction of platform around the

historical hollock tree (Keming Lokne), where rituals were performed in the ancient times after killing an enemy. On the occasion, the students of Kasturba Gandhi Balika Vidhyalaya, Dambuk and SHGs presented 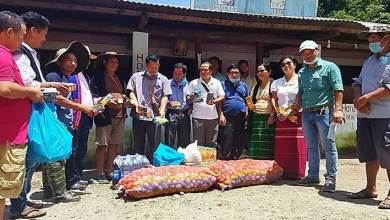