Chief Minister of Arunachal till the Supreme Court verdict on 13 July, Kalikho Pul today held a press conference at Guwahati, along with 43 MLAs who have extended their support to him.  This included the Deputy Chief Ministers in his cabinet Kameng Dolo and Chowna Mein, his entire cabinet as well as all PPA, BJP and Independent MLAs, which also included Pema Khandu, who was rumoured to have been leading a move for a change against his leadership.

Speaking to reporters, he congratulated Nabam Tuki for winning the legal battle in the court and said that he respects the judgement of the Hon’ble Supreme Court. He also appreciated the Governor of Arunachal for taking no time in re-instating Tuki as the Chief Minister of the State, based on the verdict.

On Hon’ble Supreme Court’s judgement, Pul acknowledged the order of restoration for status quo ante as prevailed on 15th December 2015, according to which the preponement of the assembly session remained quashed, including the message of the Governor, the proceedings of the House on 16 and 17 December 2015, and the removal of the then Chief Minister (Nabam Tuki) and the then Speaker (Nabam Rebia).

Pul, however, pointed out that the restoration of status quo ante as on 15th December 2015 ordered by the Supreme Court extends only to issues that were in appeals in the Special Leave Petitions before the Hon’ble Supreme Court of India.

He said the Supreme Court order is not an order for blanket restoration and is only with respect to the issues that have been explicitly adjudicated by the honourable apex Court.

Pul made the observation that the order of the Honourable Court for restoration is not connected to the disqualification of 14 MLAs, nor to the change of Party affiliation by 30 Congress MLAs and their merger with the People’s Party of Arunachal.

“The matter of disqualification of 14 MLAs and the change of party affiliation were not issues before the Supreme Court of India in the SLPs, and therefore these stand unaffected by the order of restoration by Court”, he said. Further, the matter has been quashed by the High Court on 1st April 2016 and also by the Speaker on 9th July recently, he informed.

He pointed out that the seventh session of the Legislative Assembly on 25th February where a new Speaker was elected and a confidence motion passed in favour of him as the leader of the House were incapable of being restored to 15th December 2015, since these were not issues before the SLPs in the Supreme Court. Also the eighth session that was held on 21st, 22nd, 23rd and 26th March 2016, where the Budget of the State for 2016-17 was passed could also not be restored for the same reason, Pul argued.

“The change of party affiliation is a voluntary act by every MLA. If two-thirds voluntarily change party affiliation, they do not come under the purview of disqualification under paragraph 4 of the Tenth Schedule,” he stressed.

Questioning the legitimacy of Nabam Rebia as the Speaker, he mentioned that the Honourable Supreme Court in its judgment has held that “It would be Constitutionally impermissible for a Speaker to adjudicate upon a disqualification petition under the 10th Schedule, while a notice of resolution for his own removal from the office of the Speaker is pending.”

It further said, “Constitutional purpose and Constitutional harmony would be maintained and preserved if a Speaker refrains from adjudication of a petition for disqualification under the Tenth Schedule whilst his own position as a Speaker is under challenge”.

With the present party position in the assembly, Pul wondered whether Nabam Tuki will be able to win a confidence vote and pointed out that the Governor very rightly, after appreciating the Supreme Court’s order and also in view of the tenuous numbers with Tuki, had asked him to prove his majority by Saturday, the 16th July 2016.

“We are sure of our numbers and we are certain of defeating Nabam Tuki’s government on the floor of the august house…all our 30 members are here only,” he said. Responding to a query from NDTV’s Sanjib Phukan on chances of horse-trading, TN Thongdok a Minister in the Pul cabinet asserted in clear terms that there was no question of any change of loyalty. “Our group has been intact, and we are intact today also”, he said.

“The events in the next few days will certainly be dramatic. For us, it will be the return of our Government, which in just 4 months, has begun a process that will change the developmental history of our State,” Pul added.  ( press release )

To Protect the Wildlife, Hunting & Fishing Ban in Tirap 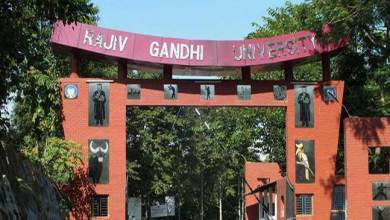 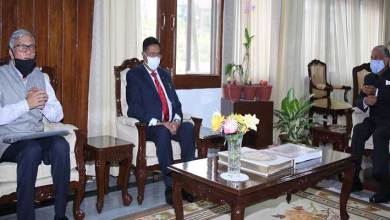