According to the police, on 21 st July 2022, A case was registered vide Chimpu PS Case No. 36/2022 u/s 21 (A) NDPS Act, on receipt of credible information regarding peddling of drugs at Itanagar holllongi road area.

During Interrogation accused Lika malla and Suraj Singh revealed that they used to procure drugs from one peddler of Hollongi, Assam.

Accordingly, sources have been engaged to find out his whereabouts. On 03/09/2022, sources revealed that, he was staying at hollongi area.

After two days of rigorous efforts, two main active suppliers have been arrested in the instant case and recovered 3 packets of soap pouch weighing 36 grams of suspected HEROIN have been seized from their possession.

The SP Capital appeals to the public of Itanagar capital region to come forward and help Capital Police by giving informations about such illegal activities in their areas, so that police team will take strict action against such anti-social elements. 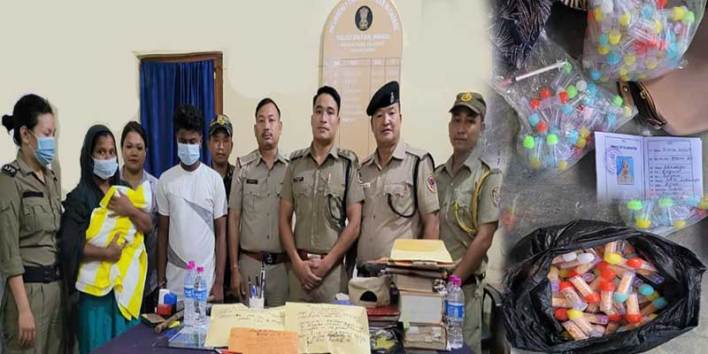