The most vulnerable villages under Diyun Circle, Dumpani and Udaipur had to face two extreme flood situations within a span of two months. Last night, the lone flood controlled embankment of the Dumpani village was completely eroded away and the Noa-Dihing River has turned towards the village creating islands and devastating Udaipur village in its way, consequently increasing the water level at the Jenthu River in Namsai.

Last night at around 12 am with the direction of the Local Legislator, Nikh Kamin who is monitoring the crisis, the police, the Indian Army along with team of Adonoi Mission have rescued 8 families stranded in an island created by the Noa-Dihing River at Dumpani village. Today, fresh 34 families from the village are evacuated and are put to a temporary shelter in Dumpani Community Hall and in a relief camp in Avoipur village.

The most sufferers are some of the families who have lost their houses and lands in the Flood happened last April.  64 families were rendered homeless during that month and after waiting for rehabilitation by the govt some of the families returned back to their eroded lands only to be affected again today. Several other families were currently staying with their relatives in different villages. With this round of Flood, altogether 106 families are being affected in Dumpani village alone.

The Local Legislator, Nikh Kamin who was deeply concern with the crisis is heading towards Diyun tomorrow morning to take stock of the situation personally. He has appraised the Chief Minister about the situation and thanked him for putting the Deputy Chief Minister Chowna Mein to oversee the flood situation. In April last he have sanctioned few boats for emergency purpose and today he has requested all NGOs and community leaders to coordinate and mobilize all possible resources in this 2nd round of the flood situation.

Additional Deputy Commissioner, S. Miji has informed that the administration has distributed immediate reliefs for the affected families taking shelter in different community halls and has mobilized the police, departments’ officials and the Indian Army for evacuation and reliefs. And with the absence of the Extra Asst. Commissioner, he has authorized Mrinal Takuria, the MO to take care of the circle. 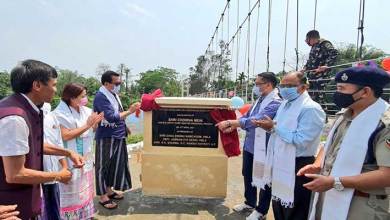 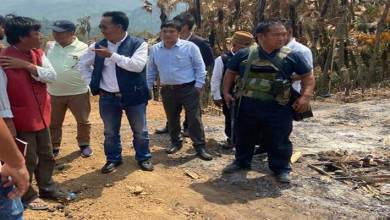