Panchayti Raj minister Alo Libang today stated that the state’s panchayat election will not be held before April-2019.

The Panchayat election of state of Arunachal Pradesh will be held in month of April or May 2019 next. Said Rural development and Pancahayti Raj Minister Alo Libang.

Libang was talking to reporters at a function of Heema Hospital today said that ‘the court have given us another four month time and we are preparing for it’.

State govt has created several new district.  preparation is on war footing, but stil we need some times. we hope that the panchayat election would be held in April or May without more delay’ he added. 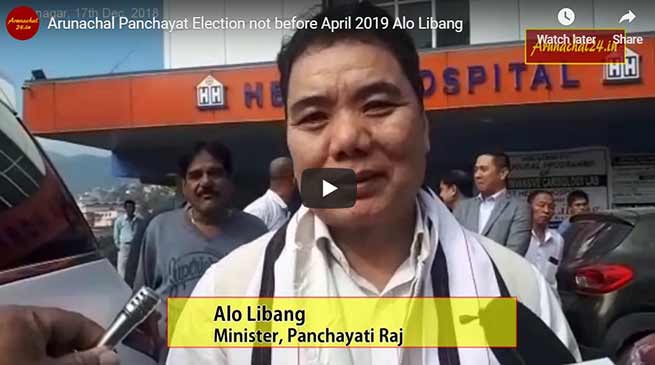 Panchayat Raj Secretary Rinchin Tashi when contacted said that the order of the court have been sent for appraisal of the government. He said that panchayat election could not be held at present as most of the official are engaged in summery revision as per direction of election commission of India which is mandatory.

Moreover the amendment of the rules and acts and other formalities are under process, he added.

There shall be two tier panchayhati raj system in state which have already been approved by the state assembly and got ascent of the governor while the delimitation assembly constituencies are under the preview of state election commission. 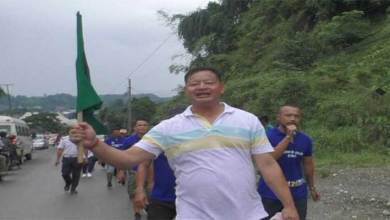