The Mopin festival is an important festival of Galong tribe of Arunachal Pradesh which is celebrated in the month of lumi (April) every year. Mopin is thought to bring wealth and prosperity to households and to the Gallong community as a whole. It is also believed that the festival drives away evil shadows and spreads God’s blessing of universal happiness.

The primary objective that lies behind this festival is to drive away evil spirits who bring bad luck with them and pose a lot of obstacle. The local folks pray during the Mopin festival so that even the cursed shadow of any devastating natural calamity does not hit them and they can lead their lives peacefully and prosperously. 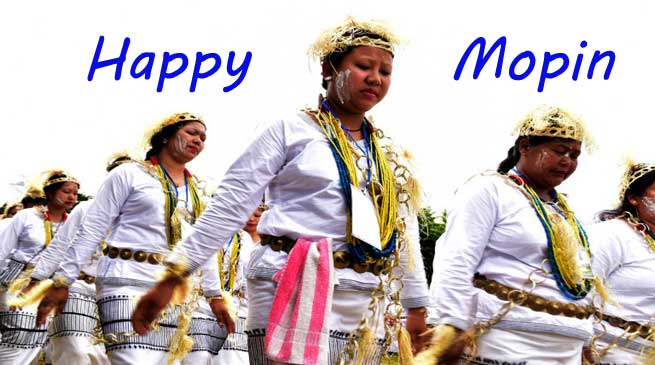 The main Goddess worshipped during the festival is called Mopin Ane. She is as important to the Galos as the Goddess Lakshmi is to Hindus, and is believed to bring in fertility and prosperity. 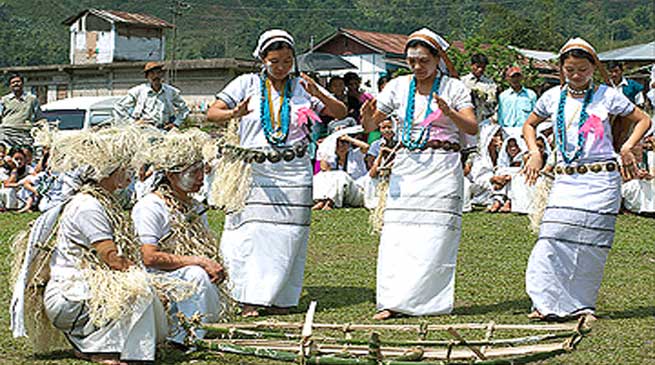 The Mopin festival culminates with the sacrifice of a Mithun, a bovine species found only in North East India and Burma, which the Galo believe will bring good fortune, a successful harvest and a prosperous new year.

Galo people dress up in their finest white traditional clothing for the festival. A local drink called Apung/Poka (an alcoholic beverage popular in the state prepared by fermentation of rice) is generally distributed among the participants in a bamboo cup and a variety of meals are served, made of rice which is known as Aamin which contains meat and bamboo shoot. 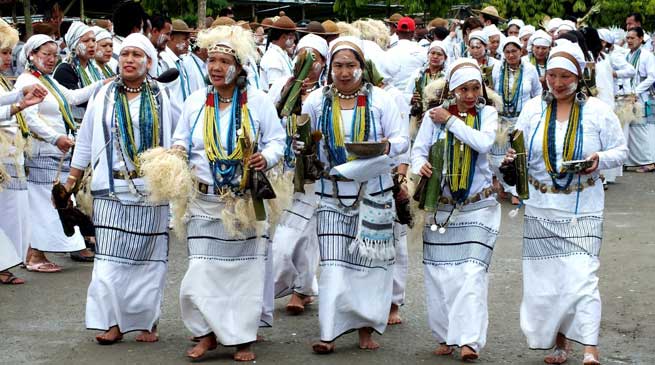 Another feature of the Mopin festival is that a dance known as Popir is performed in a very elegant way. They dance on their best traditional costumes and adorn themselves with multi-colored beaded ornaments. During this festival rice wine (apong) is served, prepared by the women of Galo community. Variety of meals are served, made of rice which is known as Aamin, meat and bamboo shoot.