A APST bus met with an accident near Biswanath chariali, Assam. 1 died, 8 injured.

A Shillong bound  passenger bus met an accident at Halem near Biswanath Chariali in Assam at 7 pm tonight.

The bus belonged to Arunachal Pradesh State Transport  which was on the way to Shillong.

Capital SP M Harsha Vardhana confirmed about the accident. He further informed that the handyman of the bus has died on the spot while eight passengers were injured.  Out of the eight injured, seven are received minor injuries while one is serious and admitted in Biswanath chariali  general hospital 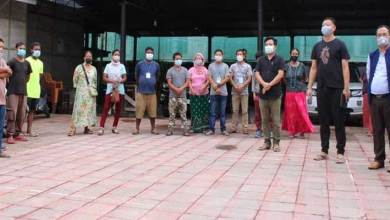