Expressing gratitude to the team, Mein acknowledged the importance of the Youth Congress and said that the frontal wing of INC must help usher in change and play vital role to work for the development of state and fully aligned to the political values of INC. He informed them that Congress has successfully won the floor test in the Assembly session held today where new speaker was also appointed and the new government under Chief Minister Pema Khandu will give good governance in the state.

“I call upon all organizations to shoulder responsibility with the newly formed government under the visionary leadership of Pema Khandu who emphasizes on Team Arunachal to work for the overall progress of the state in all development fronts,” Mein said.

Party spokesperson, Veo assured DCM that the Youth Congress will shoulder responsibility for the inclusive development of newly formed government and strongly support the agenda of its senior leaders.

We express our solidarity and whenever the service of youth Congress is required we are any time ready to stand up, Veo added. 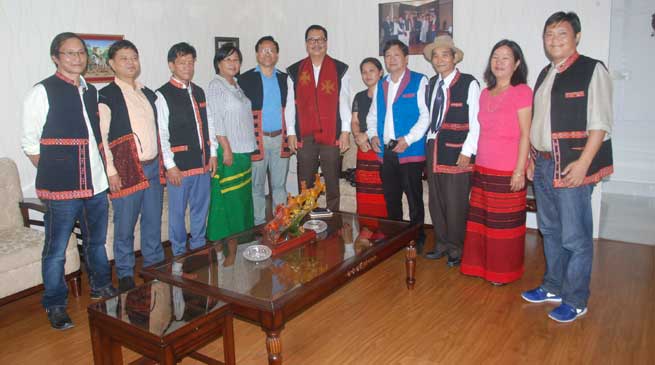 Meanwhile, Adi Bane Kebang (ABK), the supreme body of the Adi community, led by its President Kangir Jamoh also called on Deputy Chief Minister Mein to congratulate him at his office today.

Mein while conveying his regards to ABK, affirmed that for the State’s betterment the new government under able and dynamic leadership of Chief Minister Khandu will perform and work together in cooperation with all as Team Arunachal.

DCM assured to take up the issues pertaining to ABK after the formation of new government and informed them he would call ABK for a meeting in this regard soon.