GANGTOK/ SILLIGURI-   Life in Darjeeling district and the neighbouring Sikkim halted due to continuous rain in the past 48 hours, triggering landslides that disrupted the mountain railway service and snapped the National Highway at several places. A private vehicle was also submerged under the debris.

Several landslides hit Sikkim also. A landslide occurred along NH10 at 20th Mile between Singtam and Rangpo. Roads connecting Jorethang with Namchi and Manpur were blocked because of the landslides. Works were on to remove the rubble from the roads. 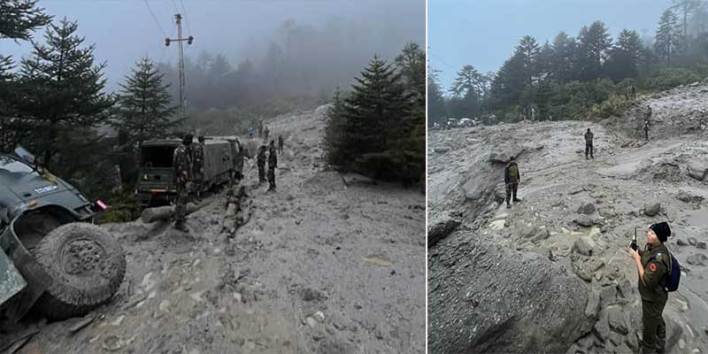 “A flash flood occurred at 10th Mile and also a number of fair weather roads were blocked in several subdivisions of the Himalayan state on Thursday,” said a source.

In Namchi, three buildings were damaged as debris fell on the structures following minor landslides. No casualty has been reported.

A landslide occurred on Thursday at 29th Mile in Kalimpong district along NH10, the main highway that connects Sikkim and Kalimpong with the rest of the country. Traffic was disrupted for several hours and vehicles were allowed to move on a single flank after the debris was cleared.

The Darjeeling Himalayan Railway services were halted when two landslides occurred along the route at Tindharia and Rongtong (both in the Kurseong subdivision) on Thursday morning. 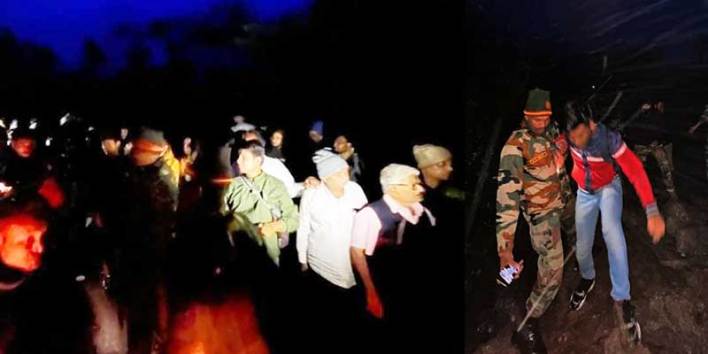 The Indian army on Wednesday rescued 78 tourists who were stranded near the Yumthang Valley in north Sikkim because of a landslide.

Sources said eight women, two infants and 68 others had been rescued from the site that is 19km from Yumthang. They were travelling in eight vehicles when the road was blocked. The army personnel used wooden planks and ropes to help the tourists navigate the damaged stretch and shift to the nearest medical camp where they were provided with food and necessary aid. Later, they were transferred to different places.

The weather experts said intense spells of downpour could lead to landslides in the hills and trigger flash floods in low lying areas in the coming days. “It can also damage crops and reduce visibility,’’ said a weather expert.

The IMD has already issued alerts for the sub-Himalayan districts, especially Kalimpong, Jalpaiguri and Alipurduar, for the next 48 hours.