ITANAGAR-  The Governor of Arunachal Pradesh Brig. (Dr.) B. D. Mishra (Retd.) called upon the agrarian community, progressive farmers, entrepreneurs and youth of the State to explore various ways and means to harness the apiculture potential in their areas.

He said that Arunachal Pradesh, with the largest landmass in the North Eastern India, its expansive green cover, abundant flowers in the natural surroundings and pristine environment has huge potential for Apiculture. As the State Government is promoting this Sector, he suggested that the people should extensively take to Honey Bee Keeping and strengthen their economical condition.

The Governor said that beekeeping helps employment generation, augmentation nutritional security and sustaining biodiversity. Increasing the number of bee colonies will not only increase the production of bee-related products but will boost overall agricultural and horticultural productivity in the State as well, he said.

While sharing his indulgence of apiculture activities in Raj Bhavan, the Governor said that with very little effort, interested persons can have good honey production in their backyard. He said that extensive beekeeping in the State will go a long way in doubling our farmers’ incomes by 2022.

Interacting with senior officials of the Department of Textile and Handicrafts, Industries, Khadi and Village Industries Board, the Governor suggested training and initiation of beekeepers by the State Government. He also suggested the development of infrastructure for storage, processing, and marketing of honey and other honey bee products and plantation of honey bee-friendly flora at appropriate places by engaging women self-help groups in managing such plantations.

The Governor advised for an intensive campaign for popularising bee keeping ventures in the State. 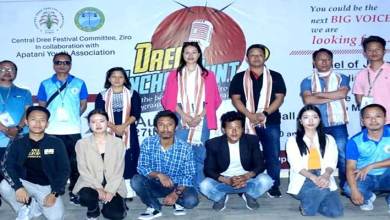