Through these auditions, the pageant organizers will select 50 women and 50 men from across the eight northeastern states, who will vie for the coveted title of Sunsilk Mega Miss North East 2018 and Garnier Men Mega Mister North East 2018. The Mega Entertainment team will conduct the final round of auditions in Guwahati on 10th June. The Shillong auditions, initially planned to be held on 8th June, had to be called off because of the situation in the city. 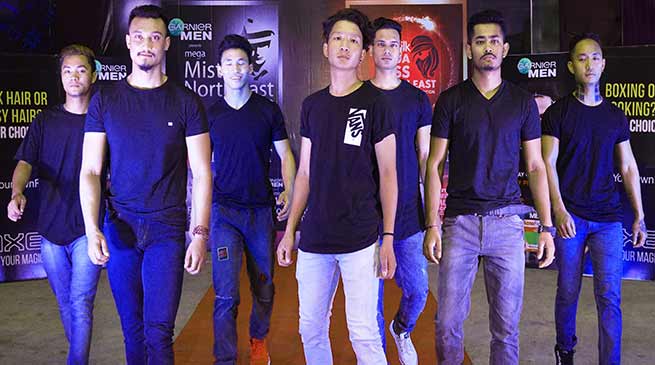 Both the pageants are the brainchild of fashion entrepreneur Abhijit Singha and has been produced by Mega Entertainment. The shows will feature the most beautiful women and the most desirable men from across the eight north eastern states, who will travel to Guwahati for the Grand Finale to be held on on 29th and 30th June, 2018 respectively.

This year, Mega Entertainment, as a responsible entity of the community, has joined hands with the Assam State Biodiversity Board (ASBB) to raise social awareness regarding the significance of biodiversity with the theme- Biodiversity, for posterity and prosperity. As a part of this initiative, awareness campaigns will be organized at various places rich in biodiversity, and the general public will be educated on the importance of preserving the same.

Abhijeet Singha, Founder of Mega Entertainment says, “In the past 15 years, Mega Miss North East has established a strong foothold across northeast, and today, it is the most coveted beauty pageant of the region. Because of that, there has been a tremendous change in the quality of talent that we see at the auditions. The girls are so much more confident and prepared, as compared to the previous years. They take more effort in maintaining their skin, hair and overall appearance.”

“Similarly, the contestants of Mega Mister North East start their fitness training for the pageant months in advance, and they are more confident with themselves. Now, as we march towards celebrating almost a decade of the pageant, the contestants will be in store for bigger surprises, better opportunities and the associations with many big names from the fashion and glamour industry. I am sure this year’s auditions will bring out yet another group of talented and confident contestants from across the region”, adds Singha.