TIRBIN ( Leparada district ) – Two persons died and several others were injured as a passenger bus skidded off the road and fell 200 metres below near Sodo Doke village,  about 11 kms away from Tirbin, the  Circle HQ of  Leparada district, police said on Friday.

The incident happened around 9.30 pm on Thursday, they said. The bus with 13 passengers on board was on the way from Daporijo in Upper Subansiri to Silapathar in Dhemaji district of neighbouring Assam, Leparada’s Superintendent of Police PN Thongdok said. 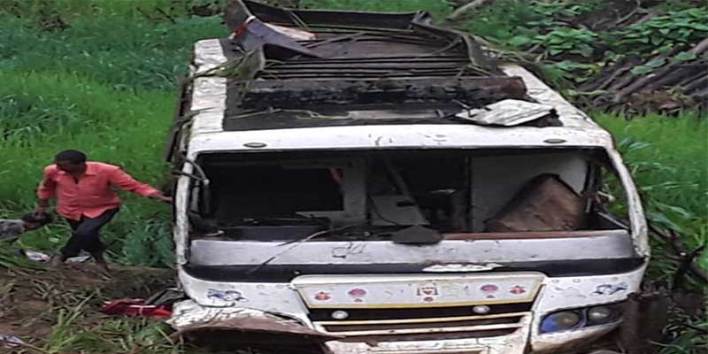 The injured were admitted to the district hospital at Basar, he added.

The bus skidded and fell 200 metres below the road into a paddy field, the police officer said.

All the standing crops were damaged because of the accident, he said.

The cause of the accident was not known as both the driver and the co-driver died on the spot, he said. A case was registered at the Basar police station regarding the incident.