Monpa Tribe practices agriculture and animal husbandry and follows Buddhist religion. Losar is a 3-day festival, which is celebrated with great pomp and show in Tawang.

The term Losar is made of two words, ‘Lo’-which means year and ‘Sar’ – meaning new. The festival is observed to ward off evil spirits and welcome the the new year that shall be filled with happiness and prosperity. The date for the festival mostly falls in the months of January, February or March; and the Tibetan lunar calendar assigns an element and an animal to each year. 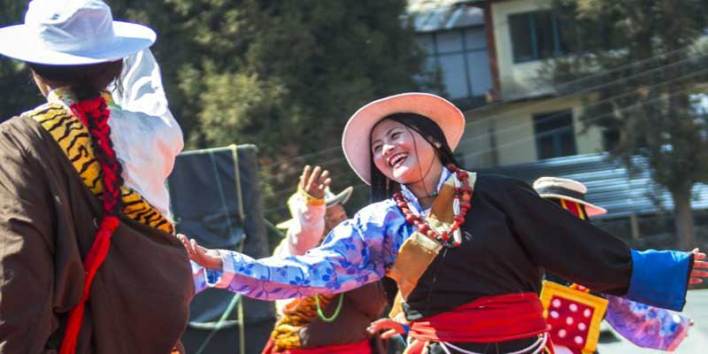 Lossar, the New Year festival of people of Mahayana Bhuddist of Geluk and Nyingma Sects of the great Himalayan belt comprising of Tibet, Sikkim, Bhutan, Ladakh, and West Kameng and Tawang and Menchuka area of West Siang districts of Arunachal Pradesh, is usually celebrated in the month of February or early March with much gaiety and religious fervour.

Traditionally, a fertility festival, especially of farmers in pre-Buddhist era in which people offered incense sticks to appease the local deities, the festival, in due course of time, evolved into an annual Buddhist festival which is believed to have begun during the reign of Pude Gungyal, the ninth King of Tibet. 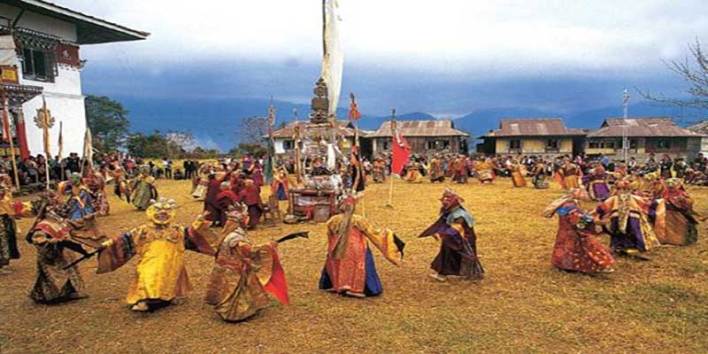 The celebration which sometimes runs into days and marked with rituals and prayers in Gonpas is the most elaborate of all socio-religious event of the people. Offerings and prayers are made to various deities, elders and family members. People wear new clothes and jewelry during the occasion. Traditional greetings are exchanged as feasting and merry-making are followed during the occasion.

A day prior to the main festivals, people clean and paint their houses; and prepare offerings, which is known as ‘Lama Losar.’ Eight auspicious symbols called Tashi Dargye – the precious umbrella, a victory banner, 2 golden fish, a right coiled white conch shell, a lotus flower, a vase of treasure, the Dharma Wheel and the Eternal Knot are used to decorate houses. 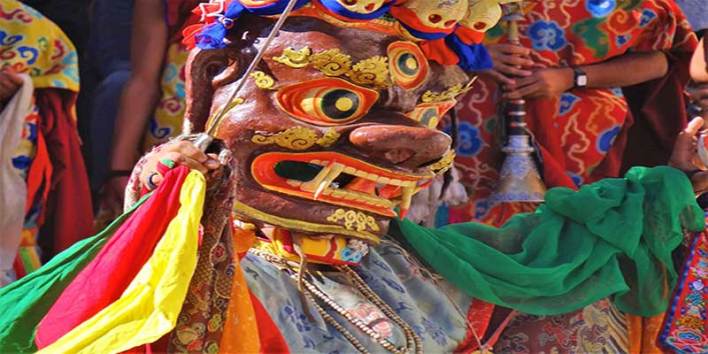 On the day of the festival, first the prayers are offered at Tawang Monastery, offerings are also made to the household shrine. In the evening, a traditional noodle soup called guthuk is prepared, which contains dumplings made from flour and water by stuffing with nine different fortune symbols that is said to determine the fortune of the person in the next year. The second day of the festival is reserved for the King and is called Gyalpo Losar.

On this day people visit their friends and participate in traditional mask dance, Aji Lhamu. They even exchange greetings and wish one another ‘tashi delek’, which means ‘good luck’. In the evening torches are lit by the people with the belief that it will ward off evil spirits from their abodes.

On the final day of Losar festival, visits are paid to the local monastery to offer prayers, donation of food and clothes is also made, and people raise flags, make butter sculptures and burn juniper leaves.