The Bogibeel Rail-cum-Road Bridge over river Brahmaputra is situated 17 Km downstream of Dibrugarh city in Assam.

The Bogibeel Rail-cum-Road Bridge over river Brahmaputra is situated 17 Km downstream of Dibrugarh city in Assam. Constructed for Double Line BG Track and three lane road, this bridge will be the lifeline of Northeastern part of the country and will facilitate connectivity between North and South Banks of river Brahmaputra in the Eastern region of Assam and Arunachal Pradesh.

The Bridge will also enhance the national security of the eastern region of India by facilitating swift movement of defence forces and their equipment. Government of India has given utmost importance to this Bridge Project by declaring it a National Project in the year 2007 thereby assuring availability of fund for speedy construction.

The Bogibeel Bridge Project was a part of Assam Accord 1985 and was sanctioned in the year 1997-98. The foundation stone of the Project was laid by Hon’ble Prime Minister of India, Shri H D Deve Gouda on 22, January, 1997 and work commencement of the Project work was done by Hon’ble Prime Minister of India, Late Shri Atal Bihari Vajpayee on 21, April, 2002. Bogibeel Rail-cum-Road Bridge is the longest Rail-cum-Road as well as Railway Bridge in India having total length of 4.94 km (revised from 4.31 km).

The sanctioned estimated cost of the Project was Rs. 3230.02 Crores. Revised estimate of the project amounts to Rs. 4,857 Crores which has been approved and sanctioned by the Railway Board to cover escalation and increased bridge length.

The rail link connects two existing Railway networks running at South bank and North bank of river Brahmaputra. The rail link starts from Chalkhowa Station & Moranhat Station at South Bank and joins in between Sisibargaon Station and Siripani Station of Rangiya – Murkongselek section at North Bank through the Bogibeel Bridge. The railway line at North Bank side was a Meter Gauge line which has been converted into Broad Gauge. The block section between Dhamalgaon and Tangani station is a double line section under which the Bogibeel Bridge lies.

National Highway of 29.446 km connects NH-37 at South Bank and NH-52 at North Bank of river Brahmaputra. The NH road link consists of 11.25 km at South Bank, 13.26 km at North Bank and 4.94 km on Main Bridge. Road Viaducts of 832.422 m length connecting Bogibeel Bridge with National Highway alignment on both approaches of the bridge have been provided.

SALIENT FEATURES OF SUB-STRUCTURE OF THE BRIDGE

Early flood in the river Brahmaputra restricted the working season to a very short period of approximately 5 months (from November to March) and it demanded huge mobilization of construction equipment for execution of the work. Transportation of concrete across river channels of 600m to 900m width from both the banks was the biggest challenge which was overcome by adopting pumping of concrete through pipeline laid over buoys with multiple concrete pumps.

SALIENT FEATURES OF SUPER-STRUCTURE OF THE MAIN BRIDGE

The super-structure of the Bogibeel Bridge is fully welded Composite Warren type truss having span configuration of 1×32.75 m + 39x125m + 1×32.75 m with 2 BG tracks on the lower deck and 3 lane road on the top deck. The girder has steel floor system for railway tracks and concrete for road. This type of super-structure is being constructed for the first time on Indian Railways. The design of the composite welded truss has been done by M/s. Ramboll, Denmark through M/s. RITES Ltd. and the proof-check was done by M/s. Anwikar Consultant, Germany. The cost of the Super-structure is approximately Rs. 1400 crs (without escalation).

The Super-structure of Bogibeel Bridge has been executed by M/s HCC-DSD-VNR Consortium, Mumbai. Two fabrication sheds with capacity of about 2500 MT per month were set up for fabrication of girder components.  State of the art machinery and welding equipment were used for execution of welding work. Two Lay-down assembly workshops (130 m each) and two Vertical assembly workshops (300 m combined) were also set up for assembly and erection of the Girders on approach banks.

The launching scheme involves launching of the fully assembled girders by Incremental method in “trains” of 10 spans connected to each other from South bank with Launching nose in front and tail at rear. The launching methodology was designed by M/s DSD, Germany.

Salient features of the Guide Bunds are:

832 meter long road viaducts are provided on both the approaches of Bogibeel Bridge for National Highway to come over the Bridge. The highway alignment runs parallel to the Railway alignment to the approach of the main bridge. Connection to the Bridges achieved by providing reverse curves in the viaducts at both approaches. The configuration of the viaducts is 34 RCC girders with span of 24.483 m supported on Pile foundation. The viaducts were designed by M/s. RITES Ltd. and proof checked by IIT, Delhi. The work of construction of South Road Viaduct was first completed up to P-25 and balance 9 spans have also been completed after launching of the last girder of the main bridge superstructure. Construction of North Viaduct is also completed. These viaducts will be commissioned along with the work of Super-structure of Main Bridge.

The section was commissioned for running of passenger trains on 08.12.2009.Further 8.0 km linking of track at south bank has been done for connecting Dhamalgaon station and Khowang station to Bogibeel bridge approach.

Double line track of 17.85 Km from Dhamalgaon station (South bank) to Tangani station (North bank) is laid covering Bogibeel Bridge including single line Y link of 1.4 km. Rail Link of13.94km single line from Tangani Station. to Junction Point near New Sisibargaon connecting with the Rangiya – Murkongselek section at North Bank has been completed. CRS inspection of the section linking the North Bank and South Bank was done on 22.10.2018 and authorization for running of trains has been given.

This work has been assigned to PWD (NH), Govt. of Assam from NHAI in Aug, 2008. Work on the common embankment for the NH portion has been completed on both the banks by the Railway. Total Length of NH portion to be constructed by PWD (NH) is 16.71 km (Excluding NH portion by Railway). Agencies for North bank NH approach as well as for South Bank NH approach has been deployed by PWD/NH and the works are in progress. The work is expected to be completed by Dec, 2018.

The first Bowstring ROB girder which constitutes the main span over the running track at Ch. 24.580 KM for the NH approach on the South bank has been erected by NFR (Con) as PWD (NH) expressed inability to execute the Bowstring girder. Work of crash barrier and surfacing on the ROB is in progress.

River Brahmaputra has dykes on both banks to protect the areas in its vicinity from floods. The dykes of the river have been strengthened and raised as per the Model study done at IRI, Roorkee. The raising and strengthening has been done up to 9.00 km in Upstream and 7.00 km in Downstream at both banks except at Ch.4.00 km to 10.00 km on downstream of Bridge Central Line on South Bank where work is in progress in Reserve Forest area. 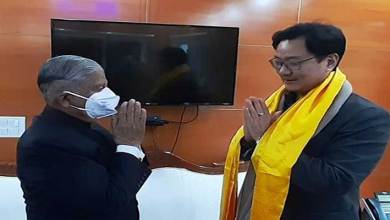 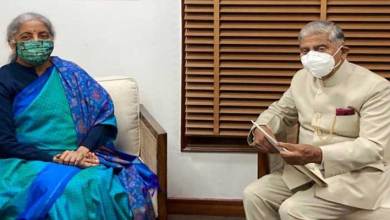 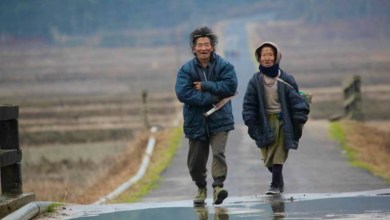 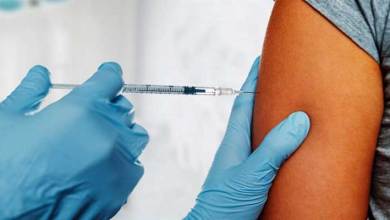