Speaking on the occasion he praised Border Roads Organization for its contribution on roads and other infrastructure development in the remote border areas of the Nation.

He also e-dedicated 12 new roads to the nation. 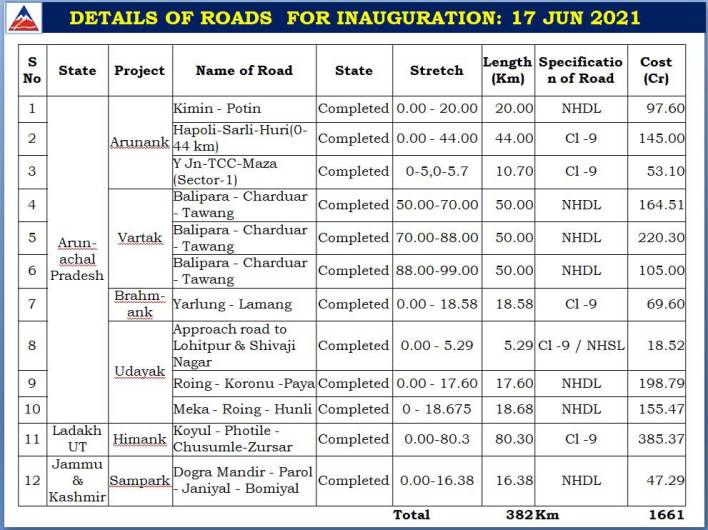 He reiterated the resolve of Government to connect all regions of the country to the overall national main stream to provide equal opportunity for development and growth.

Speaking on the occasion Lt General Rajeev Chaudhry , DGBR, reiterated the efforts of BRO in the overall development of Arunachal Pradesh and thanked the effort of state in assisting BRO to ensure development of infrastructure in smooth manner.