PASIGHAT (Maksam Tayeng )- The team Nugong Banggo Kebang (NBK) of 35th Pangin-Boleng Assembly Constituency under Siang District led by Secretary General, Tanyong Taloh who had raised discrepancies in the construction of Komsing to Sissen village Prime Minister Gram Sadak Yojana (PMGSY) road in the recent past has once again demanded for early visit of technical team from DC Siang District to the road project sites while also urging the construction company to finish the incomplete works on time.

As per NBK a case was registered with SIC (Vig) vide No. SIC/VIG/PS/ENQ-12/2020 after which SIC had directed the Dy. Commissioner, Siang District to form an enquiry committee based on which the then DC Siang, Rajeev Takuk had constituted a committee under the Chairmanship of ADC Boleng.

But the committee is yet to visit and inspect the road. NBK Secretary General, Tanyong Taloh informed that he had reminded the ADC Boleng recently for early visit of the incomplete road project as the visit was halted before due to heavy rain, but now since the weather has become fair the committee’s early spot visit and instruction to the construction firm for timely completion of the project is required. 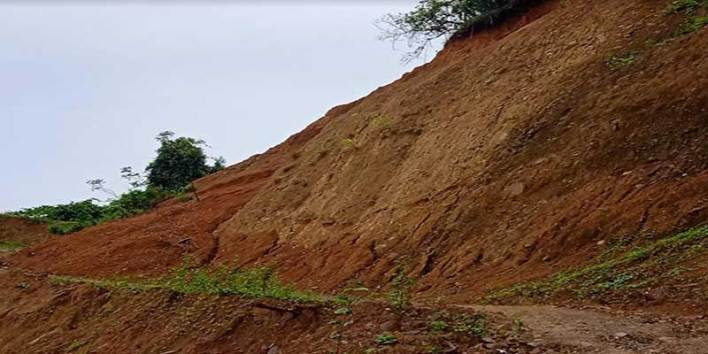 Taloh who is currently stationing at Itanagar and pursuing the case with SIC has also appealed to the construction firm of the Komsing-Sissen PMGSY road project to speed up the proper widening and clearance of the road while constructing retaining wall, breast wall, earthen drain etc to make the road motorable at the earliest possible time. NBK has also stated that the concerned department and the firm have not rectified the road as directed by the Chief Engineer, Rural Work Department.

In a statement, Nugong Banggo Kebang, Secretary General, Tanyong Taloh has said that the union government led by PM Modi had sanctioned huge funds of Rs. 35, 57,34,150 for the construction of road under PMGSY scheme vide package no. AR/04/02/033 after people of Nugong Banggo had repeatedly appealed to the state and central government. And the people of Nugong Banggo have appealed to the state and central government to direct the concerned executing agency and contractors to rectify the road construction at the earliest possible time.