Lauding the step as visionary, the Chief Minister said the scheme will boost industrialization, income generation and growth of jobs in the North East. He appreciated Prime Minister for bringing out such policy necessary to address regional growth imbalances.

The Chief Minister said the industrial units set up in the region will get a host of tax breaks and incentives from the government, capped at Rs 200 crore per unit. Aimed at encouraging micro, small and medium enterprises (MSMEs), the new scheme will help generate employment in the north-eastern states.

Under Central Comprehensive Insurance Incentive (CCII), reimbursement of 100 per cent on premium for insurance of building and plant and machinery for five years from the date of commencement of commercial production by the unit will be provided.

Entrepreneurs will also get Central Capital Investment Incentive for Access to Credit (CCIIAC), which will be 30 per cent of the investment in plant and machinery with an upper limit of Rs 5 crore on the incentive amount per unit.

A central interest incentive (CII) has also been provided which will be 3 per cent on working capital credit advanced by eligible banks and financial institutions for first five years from the date of commencement of commercial production by the unit.

VIRAL VIDEO- lesson for all of us 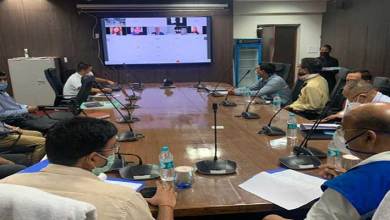