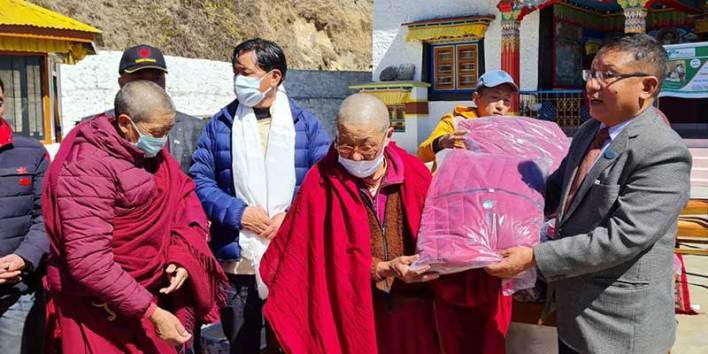 Earlier the Indian Army Officers and jawans alongwith Nuns accorded warm reception to Deputy Commissioner and other officers to Singsur Ani gonpa. DC Tawang offered his prayers inside the nunnery and later distributed jackets to all the nuns of the nunnery, this jacket distribution was in continuation of earlier programmes wherein the monks of Sera je Jamyang Choekorling and Tawang monastery and Nuns of Brahmdunchung and Gyangong were provided jackets by DC Tawang,these jackets are sponsored by Gurgaon based NGO Hans foundation in collaboration with Seemant Chetana manch purvottar.

The Nuns offered their prayers for the good health and long life of Indian Army Jawans and Sponsors.