Chief Minister Pema Khandu today held a round table meeting with top representatives of media and entertainment industry from the country that included eminent producers and directors from Bollywood to promote Arunachal as prominent destination for film, television and media.

Speaking here during the event ‘Lights Camera Arunachal’, Chief Minister said Arunachal has everything to offer for film making. He said the state is gifted with beautiful landscape, beautiful river streams, snow-capped peaks, diverse colourful tribes and hospitable people assuring great filming delight. He said state government will extend full cooperation in terms of logistics, transportation and in meeting any needs of the film makers during the course of their filming. He also said Chief Ministers Office will be directly in touch with the film makers as ‘single point of contact’ to address any of their grievances or issues.

Chief Minister said the purpose of the meeting is to understand the need of the film makers and offer tailor made solution. He said to promote Arunachal Pradesh as a film destination, a film policy for creating a conducive atmosphere for film production is in the pipeline. He said Bollywood films like the Shah Rukh Khan-starrer Koyla and Rangoon, which stars Shahid Kapoor, Saif Ali Khan and Kangana Ranaut were shot in Arunachal. He also said a national institute of repute – film and television institute of India is also coming up that would provide local skilled manpower to supplement the needs of the film makers. Offering win-win situation, CM said availability of local manpower would cut down the cost of film making and also offer employment opportunities to local people.

This is not Switzerland, This is the beauty of Tawang in Arunachal Pradesh, i shot this video few weeks ago when i was in Tawang for Election coverage …., अरुणाचल प्रदेश की वादियाँ , ठंडी हवाएं बॉलीवुड के कलाकारों को बुला रही है…….Manzar Alam pic.twitter.com/N5nhyUUsIG

Stating that state offers congenial and safe atmosphere for filming, Chief Minister welcomed the media and film representatives to visit Arunachal first and see for themselves to asses the feasibility of filming.

The meeting was followed by Q&A session where the Chief Minister answered several queries of media and entertainment representatives with regard to issues on filming in Arunachal.

Chief Minister answering questions on infrastructure issues said highways, railroad and airports are coming in big way in the state.

The meeting was also attended by Speaker Passang Dorjee Sona and Member of Parliament Dr Vinay Sahasrabuddhe including eminent personalities from Bollywood Imtiaz Ali, Anu Malik and several others.

Arunachal: Nabam Tuki reiterated his commitment for development of Sagalee 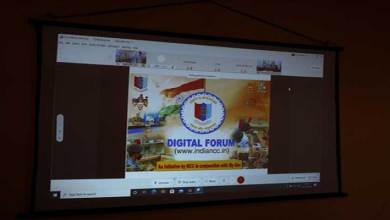 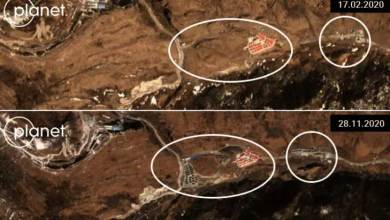