Dr Chai extended heartfelt gratitude to Pema Khandu Chief Minister and BJP senior leaders in reposing faith in him by appointing chairman of the APMD&TC. He said the Chief Minister has special care and love for this district.

He had promised during Tamla – DU Golden Jubilee celebration from the podium to assign me an importance post in his government which he fulfilled. “I too exude my best to deliver the duty both for the government and party activities in the state”, he commits during a speech in the party meeting.

He further urges all the supporters and party workers to give their best in the upcoming Panchayat Election.  “I also heartily welcome Karikho Kri local MLA along with his party workers in merging to the Saffron Brigade that strengthen the party. I hope we both will work in tandem for the progress and overall development of the Lohit district”, hopes the Chairman further.

Meanwhile, various senior BJP workers including former Minister Nakul Chai also extended deep gratitude to the CM for appointing Dr Chai as Chairman and pledges to do their best during the Panchayat Election to elect party candidates in the 44th Tezu – Sunpura Constituency. 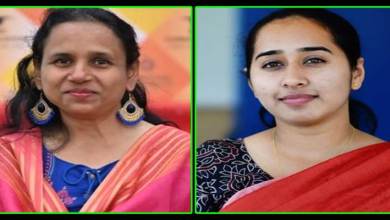