Centre will send a high level expert committee to inspect  and study  the reason behind the change of colour of water flowing in the Siang river, informed Chief Minister Pema Khandu.

Talking to  Arunachal24  ,   Khandu informed that  Mos Kiren Rijiju  assured him  on his  request to send the experts who  will study the changing quality of the water of Siang river.

“It has been two months since Siang turned black and contaminated. It is an unusual phenomenon. The reason for the river getting dirty is unknown,”

It must be noted here that the State Water Quality Testing Laboratory (SWQTL)  already mentioned in its report that ” the water of Siang river in Arunachal Pradesh, which has turned dark and muddy, has become unfit for human consumption”.

The laboratory under Arunachal Pradesh Public Health Engineering and Water Supply (Sanitation) department, in its report, has said water of Siang is unfit for human consumption. 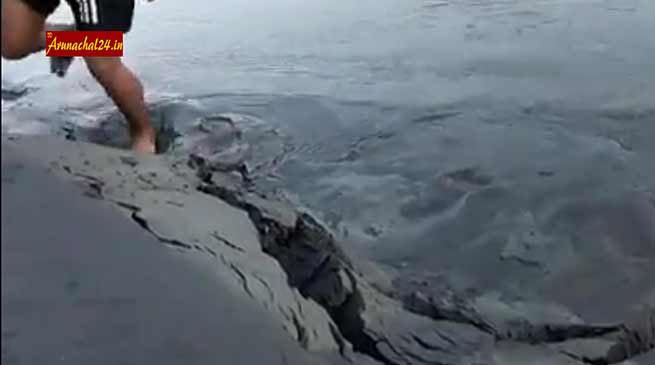 The report stated that the Nephelometric Turbidity Unit (NTU) content of the water sample was 482, while the iron content was recorded at 1.65 mg/litre, which was beyond the permissible limits.

According to experts, at normal level, iron is not deadly for the aquatic animals, but unusually high amounts of iron in water may lead to adverse changes in its colour, odour and taste and also have negative effects on the aquatic animals’ behaviour and health.

Meanwhile, Chief Minister Pema Khandu had drawn the attention of the Centre on the river’s contamination, which he said might have been caused due to activities on the Chinese side and asked Government of India to take up the matter with Beijing.

The river enters India after flowing through Tibetan plateau as Yarlung Tsangpo. It flows through Arunachal Pradesh for about 230 km to reach Pasighat and then joins Lohit and Dibang to form Brahmaputra river in Assam.