The twin capital region of the state of Arunachal Pradesh including its peripheries has been severely affected by landslides, flash floods and road blockades triggered by incessant rains over the last few days.

The road between Itanagar-Naharlagun has been snapped near Dree festival ground at Pappu Nallah due to a massive landslide. The concerned departments are working round the clock on a war-footing to restore normal road communications. However, the traffic movement is being diverted from Itanagar-Jollang road. A huge tree that threatened the Barapani Bridge was felled last night under the supervision of Capital city administration.

The road between Hoj-Potin has been snapped due to a huge landslide triggered by torrential rains. Many vehicles travelling through that road are stranded there. But, the district administration and the concerned departments are on the job to restore normal traffic movement. The road between Sagalee and Seppa has also been blocked due to landslide. The bridge over Pangwin River near Sagalee has been washed away thereby causing untold sufferings to the people in and around Sagalee. Reports of heavy damages caused by landslides and flash floods are also trickling in from different districts of the state.

In East Siang District, the mighty Siang River crossed the danger mark last night which measured at 153.98 Mtrs almost threatening the smart city Pasighat. Thankfully the river volume has receded today at around 6 AM which is below the danger mark at 153.91 Mtrs. However, the district administration has advised the residents living in the low-lying areas to take precautionary measures and remain alert to avoid any eventuality.

In Tirap District, a huge landslide has occurred between Khonsa and Longding road near the Tirath Hydel Project thereby threatening the very lifeline between the two districts.

However, there is no report of any casualty from any part of the state. It is needless to mention that during this time of the year when monsoon says hello to the state, landslides and flash flood are not uncommon. But in spite of the fact that we are aware of this phenomena, our people show scant disregards to the natural ways of Mother Nature and they destroy the forest mercilessly and indulge in mindless, unscientific, rampant and ceaseless, excavation of earth. Yours truly today went around the twin capital city and its adjacent areas which have been badly affected by heavy rains along with video camera and still camera crew. He was pained to observe that most of the landslide and flash flood are man-made. The people themselves are the cause of such human ordeals and sufferings because of their act of callousness, follies and fallacies. Their indiscipline, insatiable greed and lack of basic civic sense are causing perils to themselves and to the city they live in. Unless the people realise their mistakes and harbour a sense of love and belongingness, such tragedies will keep on hitting them.

Many perpetual critics of the government and Honourable Chief Minister Pema Khandu find delight in blaming the government for even the rain and its aftermath effect while sitting in the comfort of their air conditioned drawing rooms. They collect photographs of destruction and flash in social media accompanied with their long commentary of despising, castigating, criticising and lambasting the government while they themselves do nothing. They can also contribute in their own way without indulging in criticism alone. The beautiful city belongs to all

of us and onus of protecting it from any harm is on all of us and not only on the government. Today, yours truly saw the capital DC, SP and the officers of concerned departments going around the capital to take stock of the situation. The state government is doing its best to arrest recurrence of natural calamities through various pre-emptive measures. But unless the people themselves don’t come forward to extend their fullest support to the government, nothing much can be achieved. Rampant earth cutting, destruction of forest, clogging of rivers and streams for personal aggrandisement must stop forthwith. If we are to be free from frequent landslides and flash floods we have to respect Nature and follow the strictures issued by the government from time to time.

As a matter of fact, the state is safe in the safe hands of the young Chief Minister Pema Khandu who is striving hard to bring about a sea-change in all spheres. But in order to help him achieve his cherished goal the willing help and support of the people is of sine qua none. Together we can save Arunachal, our beautiful state from all kinds of destruction and forces of nature by being law-abiding, disciplined and Nature lovers. We must learn to love and respect Mother Nature. We must not interfere with the ways of the Mother Nature too much. Otherwise we will have to face her wrath. The natural calamities that we are facing today must teach us a bitter lesson. We must realise that we are the cause of the shambles our capital is in.

Itanagar- Raid in Bars, Pubs and Wine shops is continue

Arunachal- Sagalee cut off from rest of the world 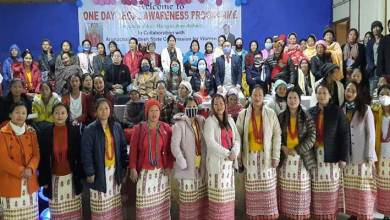 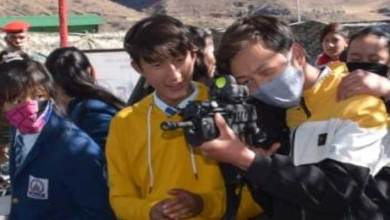 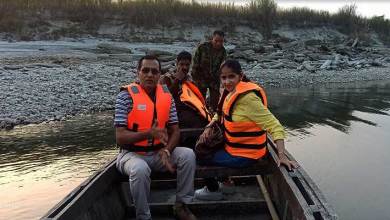 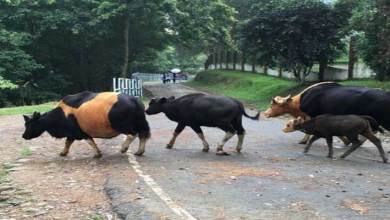 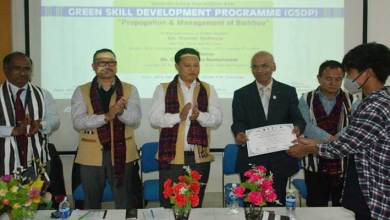 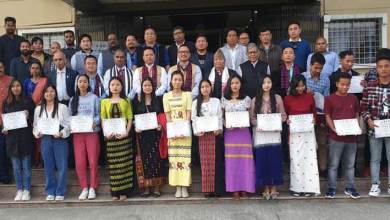