Five bodies have been found from the crash site and two persons have been taken to hospital with severe burn injuries. A search is on for seven others, NDTV reported.

General Rawat’s wife, his Defence Assistant, security commandos and Air Force personnel were among 14 people on board, the report said.

“An IAF Mi-17 V5 helicopter, with CDS Gen Bipin Rawat on board, met with an accident today near Coonoor, Tamil Nadu. An Inquiry has been ordered to ascertain the cause of the accident,” tweeted the Air Force. 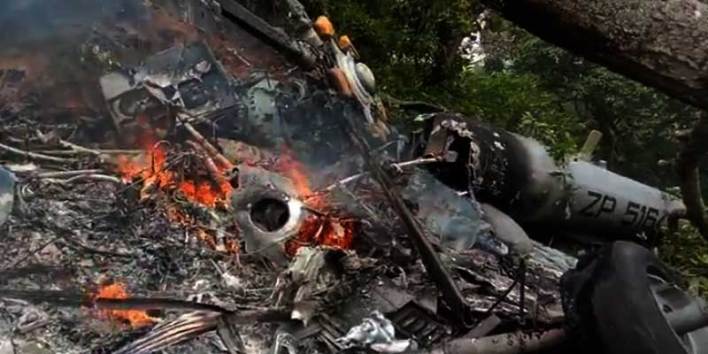 Prime Minister Narendra Modi tweeted his condolences for General Bipin Rawat, the country’s first Chief of Defence Staff, who died this morning in a helicopter crash in Tamil Nadu’s Coonoor.

“I am deeply anguished by the helicopter crash in Tamil Nadu in which we have lost Gen Bipin Rawat, his wife and other personnel of the Armed Forces. They served India with utmost diligence. My thoughts are with the bereaved families,” the Prime Minister tweeted.

“A very sad day for the nation as we have lost our CDS, General Bipin Rawat Ji in a very tragic accident. He was one of the bravest soldiers, who has served the motherland with utmost devotion. His exemplary contributions & commitment cannot be put into words. I am deeply pained,” tweeted India’s Home Minister Amit Shah

7:15 PM- Mortal remains of Chief of Defence Staff General Bipin Rawat along with his wife and others are expected to be brought to New Delhi by tomorrow evening, says news agency ANI
6:40 PM- Defence Minister Rajnath Singh condoled the death of the top defence official and said, “Deeply anguished by the sudden demise of Chief of Defence Staff Gen Bipin Rawat, his wife and 11 other Armed Forces personnel in an extremely unfortunate helicopter accident today in Tamil Nadu”.
6:35 PM- Congress leader Rahul Gandhi called the accident an unprecedented tragedy. “I extend my condolences to the family of Gen Bipin Rawat and his wife. This is an unprecedented tragedy and our thoughts are with their family in this difficult time. Heartfelt condolences also to all others who lost their lives,” he wrote on Twitter.
6:30 PM- Sole survivor, Group Captain Varun Singh, is being treated for 90 per cent burn injuries.
6:15 PM- Chief of Defence Staff General Bipin Rawat and his wife were among 13 killed in a helicopter crash in Tamil Nadu on Wednesday, the Air Force said.
5:20 PM- Defence minister Rajnath Singh has briefed Prime Minister Narendra Modi on the Indian Air Force chopper crash. A meeting of senior Ministry of Defence officials is on.
5:00 PM- 13 of the 14 personnel involved in the IAF chopper crash in Tamil Nadu have been confirmed dead. Identities of the bodies to be conf,irmed through DNA testing, says news agency ANI quoting sources.
4:50 PM- Defence Minister Rajnath Singh briefed Prime Minister Narendra Modi about the incident. Many former army chiefs expressed grief; they described the Mi-17 double engine chopper as a very stable aircraft used for VVIP flights.
4:40 PM- The crash took place in the Nilgiris shortly after the Russian-made Mi-17 V5 chopper took off from the Air Force base in Sulur in Coimbatore for the Defence Staff Services College in Wellington.

An IAF Mi-17V5 helicopter, with CDS Gen Bipin Rawat on board, met with an accident today near Coonoor, Tamil Nadu.
An Inquiry has been ordered to ascertain the cause of the accident.

General Rawat, 63, took charge as India’s first Chief of Defence Staff in January 2019. The position was set up with the aim of integrating the three services — the Army, the Navy and the Air Force. The “CDS” is seen to be the pivot of long-delayed modernisation of the defence forces. 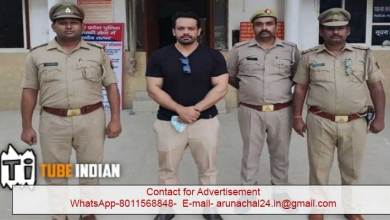