PASIGHAT ( By Maksam Tayeng )- The Silluk village under Mebo Sub-Division here in East Siang District has been selected as the cleanest village of the district for second consecutive year their maintaining and improving the cleanliness of the village while adopting many other modalities to keep the village cleaned.

A 4-Member Screening Committee under the Chairmanship of Tatdo Borang, Addl. Dy. Commissioner (HQ) was constituted by Dy. Commissioner, East Siang District for the year 2021-22 to select the cleanest village of the district to be recommended further for state level competition under Chief Minister’s Award for Cleanest Village (CMACV).

Accordingly, the Screening Committee inspected 26 shortlisted villages out of total 102 villages in the district by respective Block level officers. The screening committee made a detailed inspection and survey of the pre-shortlisted 26 villages in three phases covering all the blocks of the district.

The villages were screened thoroughly by various parameters like households having access to safe toilets, houses having no litter outside their premises, public having no litter, houses having no waste water stagnation around them, existence of proper drainage for disposal of liquid waste, methods if adopted for segregation of biodegradable/non-biodegradable waste, no visible faeces of animals and use of animal waste as manure and village beautification etc.

Speaking on the sideline of the survey, CMACV Screening Committee Chairman of East Siang district, Tatdo Borang and Er. Mijing Dupak, Executive Engineer, PHE Department (nodal agency) said that other villages of the district need to learn much from Silluk village which has won the cleanest village tag of the district for second consecutive time. 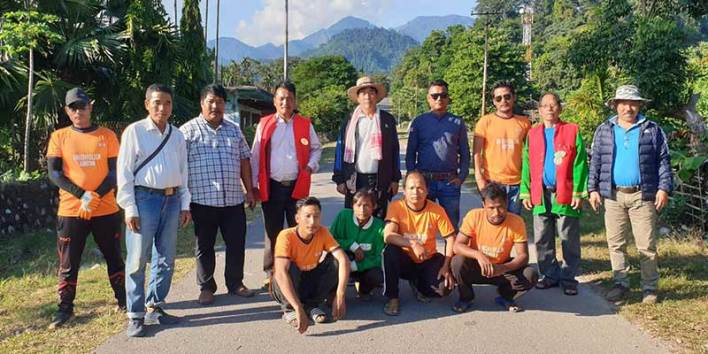 Meanwhile, Dr. Kinny Singh, Dy. Commissioner, East Siang District has extended her congratulation and appreciation to the Silluk village for keeping up the spirit and taking cleanliness of village to next level locally arranging compost pits for biodegradable wastes, making eco-bricks from non-biodegradable wastes like plastic etc.

Singh has also advised the Silluk village’s Silluk Swachh Abhiyan team, village Gaon Burahs and village women organizations to maintain the spirit of cleanliness to get listed the village of state’s and North East’s cleanest village one day in future.