After announcing the granting of PRC to non APST by Chief Minister Pema Khandu, the issue has become heated but the CM said that the issue will be solved.

Addressing a Rally in Namsai on Saturday Chief Minister Pema Khandu once again said that the issue of granting of Permanent Residential Certificate ( PRC ) to non APST community residing permanently in Namsai district, cannot be kept pending for long and brushed aside. It is our responsibility that the issue of PRC be solved once for all else it has the potential to disturb the peace and harmony in the area.

He said the interests of the indigenous tribal population will be taken cared and cut off dates will be set to qualify for PRC. Chief Minister said the commission setup under Forest Minister Nabam Rebia to study the PRC issue has the report ready, which has been prepared taking into account the ground realities with inputs from indigenous tribal population and non APST residents. He announced to issue PRC to genuine non APST residents by January next.

Speaking to reporters at Press Club in Itanagar, APACC Chairman Taba Taku stated that without frame works being finalized by the High Power Committee on PRC, why CM and Deputy CM has to make the abrupt announcement just before election.

Sensing ‘self political motive’, the Chairman said, “Announcing without consulting with the Community Based Organizations shows that Government is undermining the rights of its community. This is against the interest of the State. Land matters are not so simple”.

APACC further demanded CM and Dy. CM to withdraw his irresponsible statement and to instead focus on consequences by consulting with the constituted committee for the greater interest of its people.

When contacted, Nabam Rebia, Chairman of High Power Committee on PRC clarified that no report on the frames and guidelines of this issues has been submitted yet. He meanwhile refrained from commenting further.

Reacting sharply the All Papum Pare district students union (APPDSU) being one of the member of Joint High Power Committee (JHPC) on PRC strongly condemn  Deputy Chief Minister Chowna Mein, for his irresponsible statement that Non-APST communities settled in Lekang Constituency of Namsai district will get PRC as a new year gift.

A press release issued by APPDSU President Nabam Tado said that Non-APST communities settled in Lekang constituency of Namsai district should know the fact that none of their elected representatives attended any meeting of JHPC till date to voice for their rights and as per court directives Chairman of the JHPC alone cannot take decision without involving all the stakeholders and prior approval from all the members of the said Committee.

Deputy CM is well aware of the fact that matter is not confined to his Constituency and district alone. Therefore, such statement made from the end of a very responsible person like him who is holding very higher position in the State Government is very condemnable as such irresponsible statement can create chaos and confusion in the State. The union said.

Union further demands the Deputy CM to withdraw his statement at the earliest or face mass democratic movement against the government. The release added.

Meanwhile the PRC has become a major issue in the state in recent times with all the community based organisations including students bodies, opposing the move which compelled the state government to constitute the committee with members from students unions and CBOs besides MPs and opposition  MLAs, to study the issue and submit a report within six months.

Around 300-400 households of non-tribal communities  have settled in Namsai and Changlang districts of the state over several decades and have been demanding the PRCs. 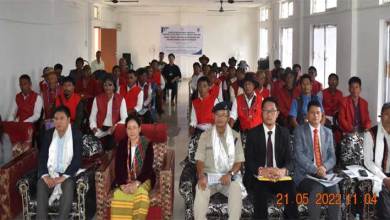 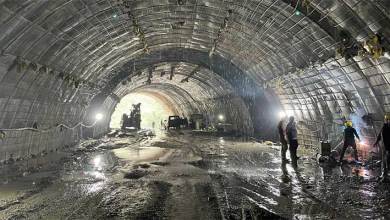