He began his journey on 25th March 2021 on a vehicle and on foot along the road that is yet to be made motorable. The CM was accompanied by UD Minister Kamlung Mossang, RWD Minister Honchun Ngandam and various other dignitaries. The journey took two days to complete with the CM and the entourage spending a night at Gandhigram (137km) for onward journey to Vijaynagar the next day. “the CM walked on foot along the Miao-Vijaynagar for 15km to reach Gandhigram by 8pm to rest for the night on his first day of the journey.” 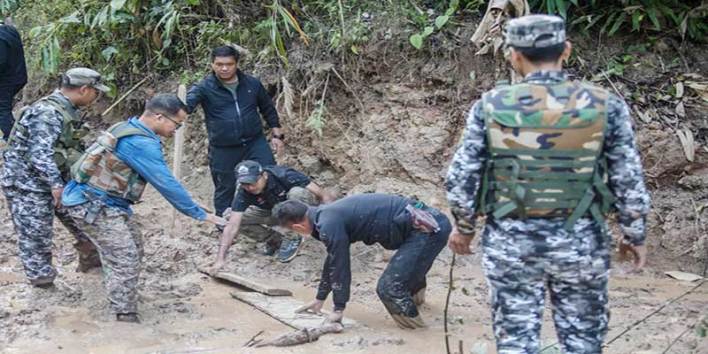 Attending a public meeting at Gandhigram and Vijaynagar, the CM said he undertook the journey from Miao to Vijaynagar to personally inspect the condition of road and to ensure that the construction to make it motorable is completed by March 2022. He said the accompanying officials from the RWD department will submit a complete report on the status of the road following the inspection. He said since the road falls in the Namdapha National Park area, the entire stretch of road cannot be blacktopped, but will be done wherever possible.

He said once the road reaches Vijaynagar, all forms of development will accompany it bringing in improved livelihoods. He said since the road being constructed by the RWD department requires to be well-maintained after its completion the task will be handed over to the Border Roads Organization (BRO). 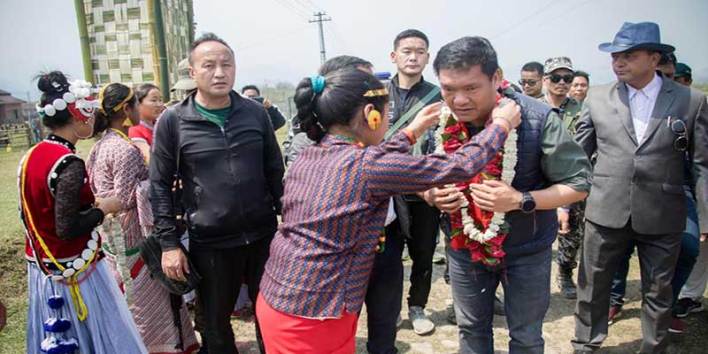 The CM said the Namdapha region is a biodiversity hotspots area and with improved road conditions, it will give a big boost to tourism. He appealed to the local community of Yobin to enforce a ban on hunting so that the region’s pristine biodiversity is preserved. He suggested that the Yobin Welfare Society (YWS) impose fine on anyone found engaged in hunting.

Speaking on violence that gripped Vijaynagar in December 2020, the CM said anyone violating the law and order will be punished. In democracy, one has the right to protest but if one violates the law, it will take its own course. Anyone committing a crime, whether it be a CM, any high officials or individual, all are punishable by the law. He requested the people for peaceful co-existence and to always uphold the law and order.

The CM assured the locals that the government is ready to fund for infrastructure, manpower and other facilities with regard to health and education. He promised a new infrastructure for the Govt Middle School, Gandhigram.

Earlier the CM inaugurated a helipad and visited the Govt Middle School, Gandhigram. He also gave away three Thar jeeps for Vijaynagar administration, police and the Assam Rifles company posted here from the CM’s carcade.

Itanagar: Massive Social Service by denizen of Ward No:8

Itanagar: Pema Khandu dedicates NH-415 from Chandranagar to Papunallah to the people of state