In the line of fraudsters using new and ingenious methods to innocent people, a promise for contract of installation of  a Mobile tower, ( MT ) laying of Optical Fibre Cable ( OFC ) , or other Contract ,  and earning heavy returns is the latest.

Capital police arrested two person responsible for cheating people and luring to provide mobile tower contract and other construction come into clutch of police and law when the court directed the capital police to arrest three of them.

Kalsi said that both the accused persons were arrested after lots of efforts and tactic made by Investigation officer Balkar Singh and his team of Naharlagun Police Station on 4th June,  2018 from Safderjung Enclave area, New Delhi from a hotel where they were hiding themselves to evade the arrest.

Both of them were produced before the metropolitan Magistrate at Saket and were taken on transit remand to Naharlagun.

The Judicial Magistrate 1st Class, Yupia on being production remanded both accused for 1 day custody and later released on bail of one lakh and fifty thousand respectively and local surety.

Meanwhile Kalsi appeal the citizens of capital complex and state as a whole not to lure by such company for getting tender, dealership, contract works and construction for mobile towers etc from any unknown person without proper verification. If in case anyone call for such agreement and contract one should first approach the police for verification/antecedent of that person/company.

He said that capital police is alert and but there is a need of  citizens to be alert and cautious in such cases.

When IO Balkar Singh was contacted, he said that I acted upon the direction of court and SP Capital and got succeeded to arrest two accused in three days and produced before the court of law at Yupia.

It is mentioned that several such incidents have been reported in past but some of people who are knowingly or knowingly of such contract and tender go for agreement with such fraud persons without verification and lost crore of hard earned money and even in this case it is expected that reportedly there was a transaction of around 1 crore and eighty lakhs and may be more for getting contract of Optical fibre of a particular cellular company.

The police sources inform that one more accused Debojit Dutta of Chanchal Park, Shatyam Vihar, New Delhi is absconding and still at large and yet to be arrested in same case

Meanwhile the SP Capital Complex Sagar Singh Kalsi appeal the people to remain alert and come to police for any verification before going to agreement with any unknown person. 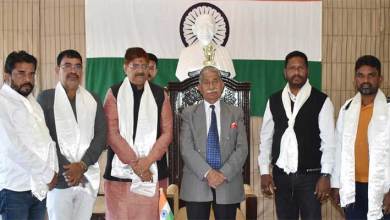 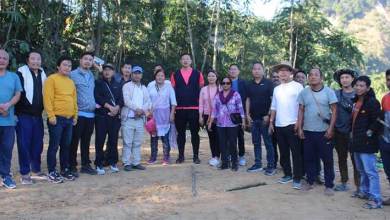