Share
Facebook Twitter LinkedIn Messenger Messenger WhatsApp Share via Email
LONGDING-  14 NSCN rebels surrender today in front of Deputy Commissioner Bani Lego in Longding district of Arunachal Pradesh. Among the 14 surrendered NSCN rebels, as many as 10 belonged to the Isak-Muivah (IM) faction of the NSCN.
Out of 14, Only one rebel was active during these years. Rest of the militants that were issued surrendered certificate were already integrated to the mainstream long back and were leading normal life. 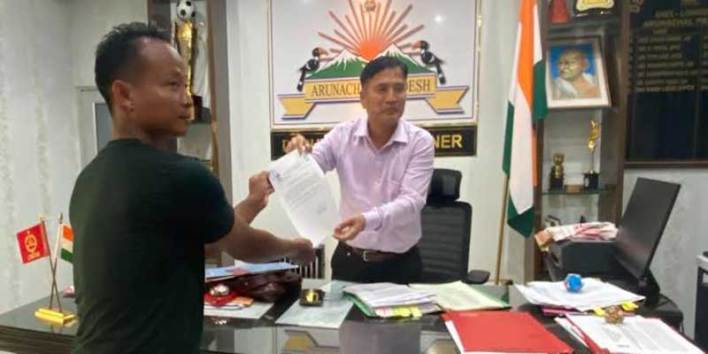