Licha Thosum, who is representing Arunachal Pradesh in the prestigious Femina Miss India 2017 contest, called on Chief Minister Pema Khandu at his office here this morning. She was accompanied by famed local designer of international repute Nabam Aka, sister and entrepreneur Licha Pera and Likha Topu, who is overseeing all her engagements .

While congratulating Thosum for being shortlisted to contest in the beauty pageant representing Arunachal Pradesh, Khandu said that people of the state look up to her to drawn attention of the world towards the state, which still remains unknown to many in the global arena.

Thosum, who is pursuing Masters in Sociology from Rajiv Gandhi University, Doimukh, explained in detail the process of selection and the final contest that would be held at Mumbai later this year.

As per schedule, Thosum will have to report at Mumbai by 25th of June and undergo a rigorous grooming programme for about 30 days before the final contest. 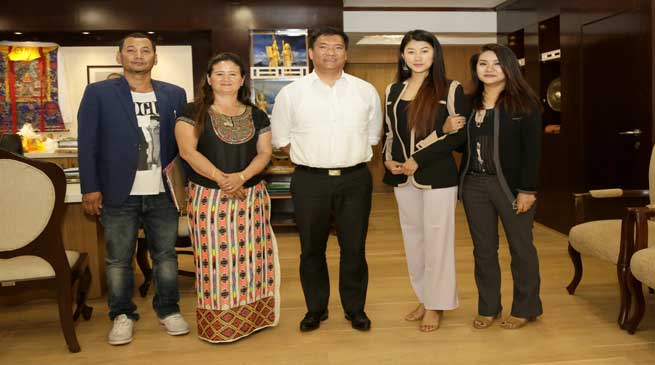 The Chief Minister expressed happiness that for the first time Arunachal Pradesh is being represented in the prestigious beauty pageant in its 54th edition.

Taking note of the importance of the event and the expenses to be borne by the participant, Khandu assured assistance from the government side to Thosum.

“Your participation in the national level event and the resulting exposure of Arunachal Pradesh in the global arena needs all out support from everyone in the state including the government,” he said.

Khandu also lauded the support extended by Aka, who bore the expenses of a 15-day personality development course for Thosum at Delhi. She has also offered to help Thosum in selection and designing of her costumes, especially for the ethnic rounds, from her exclusive collections. To be precise, Aka would be Thosum’s designer for the event. 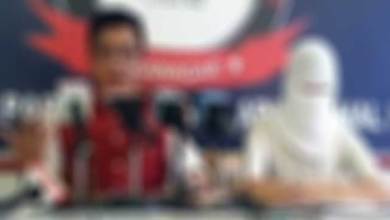 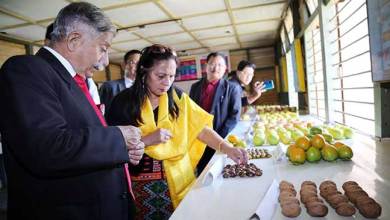 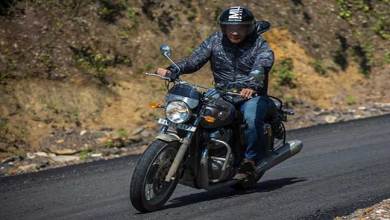 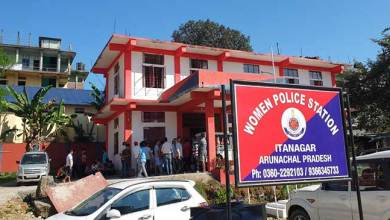 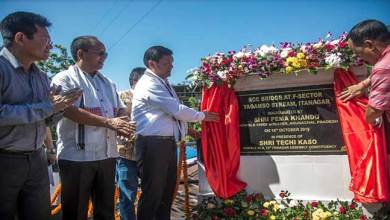