The Chief Minister Pema Khandu has decided that the rural electrification programme will be taken on a mission mode and the power Department has drawn up a schedule to cover all the remaining un-electrified villages by December 2017. 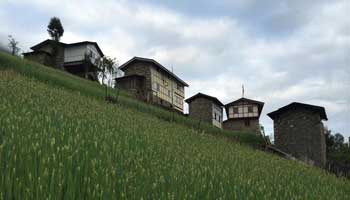 The Chief Minister during the meeting had a discussion on works being carried out under Deen Dayal Upadhyaya Gram Jyoti Yojna (DDUGJY) in the state and assured all support of the state government for rural electrification works.

Arunachal Pradesh has the largest number of un-electrified villages in the country numbering 1230. Under DDUGJY, 335 of these villages will be provided power through grid connectivity and other 895 villages by solar installations.

The Chief Minister was informed that already 8 villages, 6 in Anjaw and 2 in Dibang Valley have been electrified this month. For the first time power supply has reached in these villages.

The Chief Minister gave a direction to the Commissioner (Power) that he will be taking a review meeting in the first week of July 2017 and asked for regular updates on the status of rural electrification works.