NEW DELHI-    A year after deadly high-altitude clashes with Chinese soldiers, India is ramping up its border defences along a treacherous mountain range that has long been a flashpoint between the two countries. Reprts AFP.

Arunachal Pradesh straddles the other side of the Himalayas from Tibet and shares a common Buddhist cultural heritage with its northern neighbour.

Tensions have flared again since mid-2020 when troops from both nations fought a hand-to-hand battle further west along their shared frontier in Ladakh, killing at least 20 Indian and four Chinese soldiers.

Each side routinely sends patrols into areas claimed or controlled by the other, and India has also accused China of establishing permanent settlements near the border.

“We have observed some infrastructure development on the Chinese side,” Lieutenant General Manoj Pande told journalists during a rare press tour through the region last month.

“That has led to a higher number of troops that are now located or placed there.” 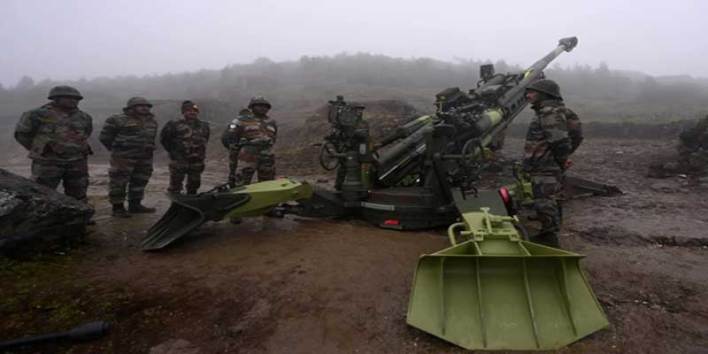 Officers in the region say last year’s clash highlighted the urgent need to fortify the military’s frontier presence, after fruitless talks with Beijing to ease the border build-up on both sides.

Temperatures around the remote strategic hamlet of Tawang – one of the closest towns to Tibet, and a potential chokepoint for any advancing forces – often drop below zero and the thin mountain air is starved of oxygen.

Nearby military outposts can be cut off from the outside world for entire weeks in the winter.

“The region’s geography is against humans,” an Indian army brigadier told the AFP news agency. “It can be fatal if one isn’t fully fit, trained or acclimatised.” 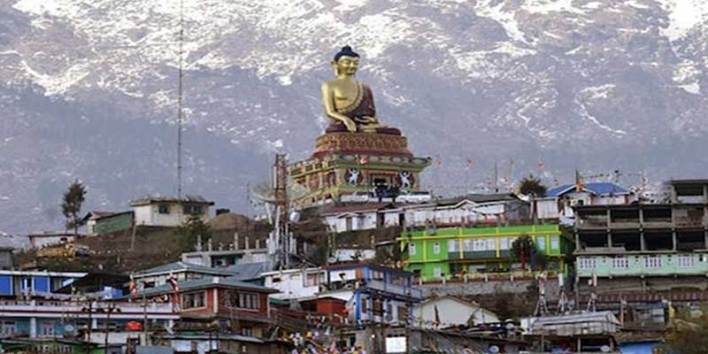 Army engineers are building a huge road tunnel at 13,000 feet (4,000 metres) above sea level, expected to open next year, to link the area to arterial routes further south and expand the reach of soldiers.

A similar project is under way in Ladakh beneath the rocky terrain of the Zojila mountain pass – otherwise impassable during winter months – that would help troops quickly mobilise at the border from India’s huge garrison in Indian-administered Kashmir.

A statue of the Buddha overlooks the houses sloping up the uneven plateau on which Tawang was built, reflecting the largely Buddhist population of the region.

Those living in the town have applauded the new focus on the region from New Delhi and are anxious about future Chinese incursions, mindful of Beijing’s efforts to suppress Buddhism across the frontier.

China’s officially atheist government has made clear it could seek to name a successor to the 86-year-old Dalai Lama, the spiritual leader of Tibetan Buddhists and a revered figure in Tawang.

“We share our culture with Tibet but China today is modifying Buddhism according to its whims,” said Dondup Gyaltsen, who runs a shoe store in Tawang’s main market.

Monpa Golang, who runs a pharmacy further down the street, said India should stand strong against “Chinese pressure tactics”.

“Our government should make it clear that no Buddhist will accept anyone China imposes after the Dalai Lama,” the 75-year-old added. “He may look human but he’s our god.”