Three person died while one critically injured after the Vehicle skidded off the road and fell into a deep Gorge in  Upper Talo of  Lower  Subansiri Distric.

Three person died while one critically injured after the Vehicle (Mahindra Scorpio-AR-01C-6603) in which they were travelling skidded off the road and fell into a deep Gorge somewhere in the stretch of highway Near GREEF camp of Upper Talo of  Lower  Subansiri District on Wednesday afternoon.

According to sources, the occupants trapped inside the vehicle had to be freed by first responder , who then brought them to the main road and somehow with the help of passerby shifted them to the nearest hospital Yachuli for treatment and medical care.

Lower Subansiri SP Hemant Tiwari inform that there were five person in board in the ill fated vehicle which was on its way from Yangte of Kra Daadi district to Naharlagun. 1 person died on spot, another died while on way to Naharlagun while third died at Naharlagun, two person are stated to be in critical condition. All were immediately evacuated toward capital in critical condition. The time of the accident is stated to be around 3.30 PM. 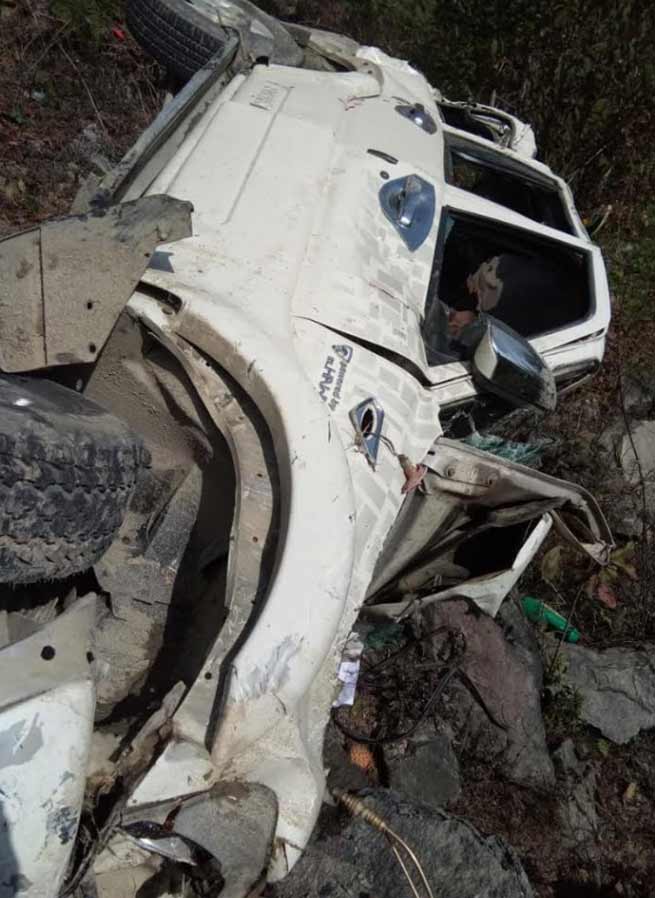 As per information the vehicle was driven by Tarh Pada (owner) , The reason of the accident is yet to ascertain but it is suspected that the car’s driver lost control over the vehicle and drove off the road making the vehicle turn over several times before coming to a halt.

Ziro Police station OC Phassang Simi while inform that a case have been registered  vide case No-13/2019 u/s-279/304 (A) IPC and SI A N Singh have been entrusted to investigate the case and conduct other legal formalities.